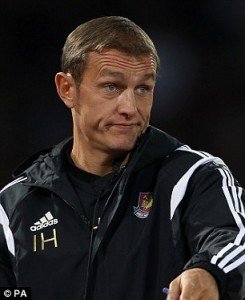 The League Two side sacked the former West Ham back room boy following a run of just four wins in 21 league games. His final match was the 3-1 defeat at home by Exeter on Saturday. Hendon took charge at the Matchroom Stadium in May following Orient’s relegation from League One last season.

“The Club can confirm that Ian Hendon has been relieved of his role as Head Coach of Leyton Orient.The Club would like to thank Ian for his commitment and passion during his time at Leyton Orient and would like to wish him the best in his future endeavours.”

“Assistant Manager Andy Hessenthaler will be assuming Ian’s duties on an interim basis as Caretaker Manager. Leyton Orient will make an announcement at such time as a new appointment is made.The coaching and management team will continue to focus on realising the full potential of the team and will be working intensively to enhance the Club’s performance and position in the League.”