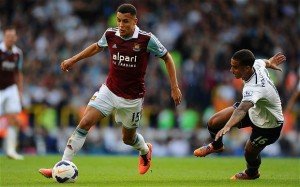 Newcastle United boss Alan Pardew is now a main contender to grab West Ham United’s England under-21 star Ravel Morrison at the end of the season should the player decide to move.

ClaretandHugh reported earlier in the week that he is strongly fancied by Liverpool manager Brendan Rodgers but that the Hammers are ready to offer Ravel a new deal.

Rodgers wants to ensure that his temperament is 100 per cent before making a move but Pardew is unworried by that.

Should Ravel decide the time has come to move on with just a year left on his contract, the Hammers will make them scrap and will want top dollar.

An Upton Park source said: “There will definitely be a 20 per cent sell on clause involved although the facts are we don’t want to lose him and will hold talks on a new contract.”