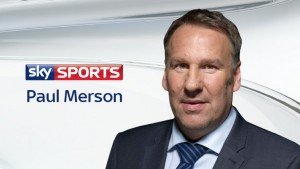 Sky pundit Paul Merson believes Swansea can edge out the Hammers on their away trip to Wales this weekend.

Merson wrote on the Sky Sports website “Will Carlos Carvalhal continue his good start to life at Swansea? He needs to as it’s all getting rather tight at the bottom. Despite their good form they are back in the bottom three and it’s a bit like the Crystal Palace story. Palace had that unbelievable run but look where they are now.

For Swansea, they’ve lost one game in six but after the defeat to Brighton they are back in the relegation zone. This is now a massive football match and a must-win game for Swansea. I’m backing them to get it.

In regards to West Ham, they’ve gone a little bit under the radar but we will be talking about them if, as I expect, they lost to Swansea. West Ham can’t afford to lose this game. Again it’s a massive game because if West Ham win then they will go six points ahead of Swansea and they will be thinking that will be getting them close to what they need to survive.