Gonzo hands out his ratings!

Fabianski: Hardly anything to do early on and not at fault for the opening goal. Had to make a reflex save in the 77th min and clawed the ball away to save the game in the 95th minute. 6 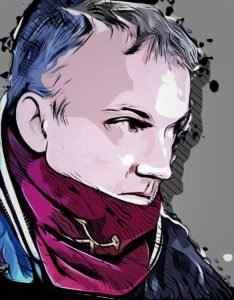 Coufal: Had a tough task marking a very fast player but defended well. Lack of technique hindered the Hammers attacking play at times. Played the role of pantomime villain to perfection and undoubtedly distracted some Leeds players from their instructions. 6

Dawson: Caught ball watching for Leeds opener as Gnonto gave him the slip. 6

Aguerd: Saved Kehrer’s blushes early on with a fantastic sliding tackle. Early days but looks to be a quality player. 7

Kehrer: Three major errors within the first 20 mins. I love his energy but too often is a liability who offers the opposition genuine scoring opportunities. 4

Rice: I thought Rice stepped up as a leader against Leeds. Clearing the penalty area to take the pressure off Lucas Paqueta was particularly pleasing. Excellent midfield performance but couldn’t quite intercept Rodrigo for Leeds’ second goal. 7

Soucek: Deployed further forward and tried to get on the end of things. Headed & tackled well and visibly grew in confidence but looks lost in midfield when the game is fast paced. 6

Paqueta: Looked more confident and clinical with his passing. Stepped up and dispatched the penalty for West Ham’s equaliser with a high and firm shot following a shimmy and stuttered run-up. His best game. 8

Fornals: Worked incredibly hard as always and was one of West Ham’s brightest players. Always has to cut inside on his right foot but always tries his best when playing wide. His awful miss thankfully wasn’t costly due to VAR retrospectively awarding a penalty. Produced the three worst shots you’re likely to see but made some excellent first time passes. 6

Bowen: Amazing run in the first half almost created a chance for the Hammers. Won a penalty with a great touch. Looked very lively. 8

Scamacca: Not really involved in the first half but scored immediately after the restart with a wonderful low curling shot from 20 yards following a Leeds error to make it 2-1. 6

Antonio: 67th min replacement for Scamacca. Great defending as he cleared the ball off the line to prevent Leeds third goal. Could have snatched it at the death but couldn’t reach the cross. 5