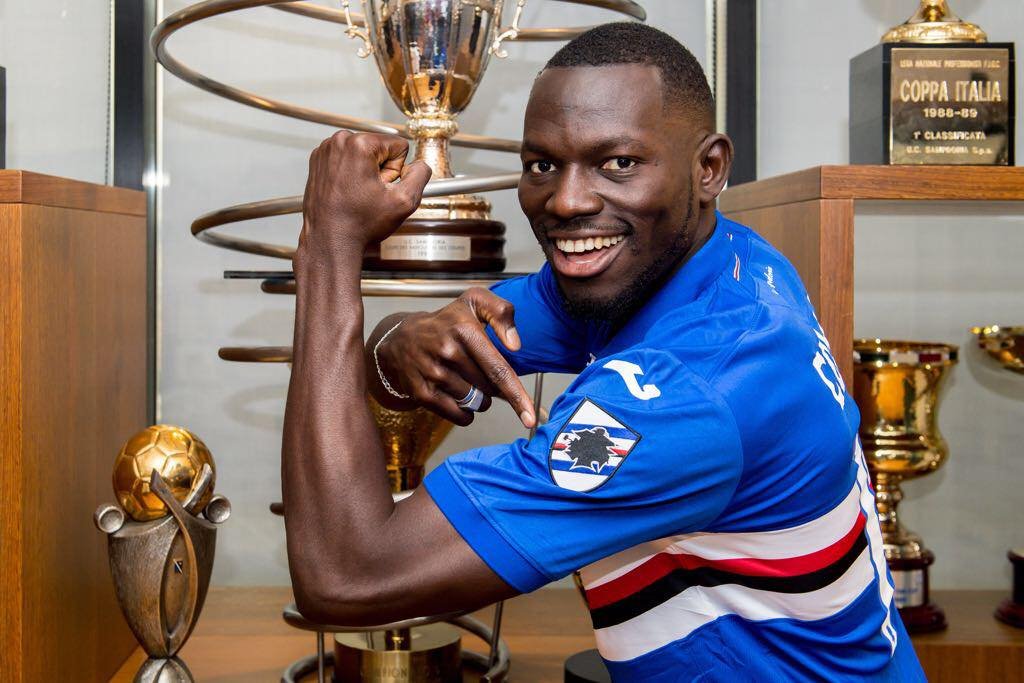 West Ham are reported to be one of three Premier League in the race for Gambian defender Omar Colley who has been told he can leave the Sampdoria this summer according to SampNews24.com

Omar Colley returned yesterday to Ponte di Legno , where he began his pre-season training preparing for next season. The future of the Sampdoria centre back is still uncertain and his sale would guarantee some incoming investment.

The report claims club president Massimo Ferrero will give no discounts and wants at least  10 million euros (£8.5m) t convince him to sell the former Genk player.

Leeds United and Newcastle United are the other two Premier League clubs said to be monitoring the situation in addition to the Hammers.

Colley started out playing youth football with Wallidan FC who are a part of his home country’s top flight GFA League First Division in Gambia. After he started playing for the first team he trialled with Major League Soccer club Sporting Kansas City on two occasions in 2010 and 2011 but the American club refused to pay any form of transfer fee or training compensation to his Gambian club so Colley instead moved to Real de Banjul where he helped the team become Gambian champions in 2012.

In 2013, he signed a two-year contract with KuPS. During the time between his two seasons in Finland, he trialed with a couple of Bundesliga clubs.

In 2014, Colley signed a three-year contract with Swedish side Djurgårdens IF, starting the first of January 2015

In 2016, Colley travelled to Belgium to complete a medical with top-tier club K.R.C. Genk and by doing that Colley missed the training session ahead of the match versus IF Elfsborg which was against the will of Djurgården. Colley was sold to Genk for €2 million (£1.5m) with a resale clause. He was later sold to Samdori in 2018 for £7.3m.

One comment on “Report: Hammers in race for Gambian defender”