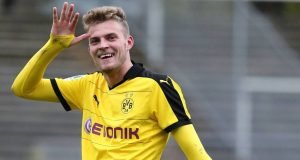 According to WestHamWorld.co.uk  Hammers scouts are going to Germany to watch a Bundesliga 2 fixture in the coming weeks. The player in their sites is claimed to be Marvin Ducksch, who is a forward currently playing for Holstein Kiel.

The German attacker has scored 13 goals and assisted five times whilst recording three Man of the Match performances so far this season.  He found it difficult in the Bundesliga so was loaned out to lower division side Holstein Kiel where he has found his form. He is currently top scorer in the division.

Ducksch is also being closely monitored by Leeds United claim other reports.