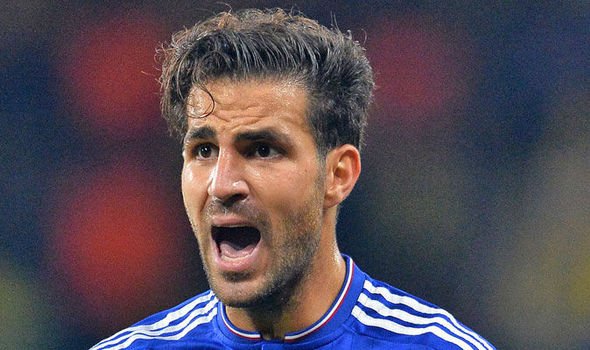 West Ham are this morning reported to be tracking Cesc Fabregas.

They are allegedly ready to offer him an escape clause out of Chelsea if he is unable to break into new manager Antonio Conte’s first-team on a regular basis.

The former Barcelona and Arsenal star’s situation is apparently very much under review following the midfielder’s early season absences – he has been sub for the first five Premier League games.

However, he was restored to Conte’s side for the EFL Cup victory over champions Leicester last week scoring twice in the 4-2 extra-time win – and also started on Saturday against former club Arsenal.

But the Gunners raced into a 3-0 halftime lead, and Fabregas was the first Chelsea player hooked by Conte just 10 minutes into the second half.