Report: Managers tell squads to prepare for May 9 return 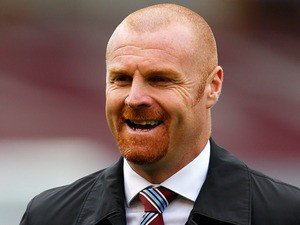 Report claims Dyche has spokento Burnley players about May 9 return

Premier League clubs are targeting a return to training on May 9 as English football bids to get back underway.

Well that’s according to The Sun who claim manager held talks with players about plans to get back to the training pitch ahead of a proposed restart to the season.

The paper claims that both Eddie Howe and Sean Dyche have spoken to their squads about a May 9 return although sadly ClaretandHugh has been unable to confirm the ‘news’ with its own sources.

When we put the report on a well placed insider on the phone  he said: “That’s news to me  – the government would need to amend there have end the social distancing measures if that were to be the case.”

There have been regular reports from various papers of what may or may not happen over the next few weeks and although our own sources cannot confirm the report there are definite signs that a return could be on the cards.

Most countries – including Britain – are finding the original 12 week ‘plan’ put in place is providing the pattern for recovery from the epidemic via lock downs.

Should a June 16 return to action for football be on the cards as reported elsewhere then a May return to training would seen to be a reasonable assumption.

4 comments on “Report: Managers tell squads to prepare for May 9 return”