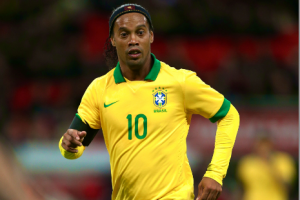 Some media outlets  have linked Ronaldinho to the Hammers  in recent days following his departure from Brazilian outfit Atletico Mineiro. The 34-year-old free agent looks set to be spoiled for choice when it comes to deciding where he will play his football next season. Both QPR and Boca Juniors have already shown interest for Ronaldinho  but other claims suggest Stoke and West Ham are also interested. Jack Sullivan seems to have quashed those rumours after asking his dad. Jack replying to a West Ham supporter on twitter said “I did ask as I promised someone and yeah we think it’s big money and big risk”

Jack added “We will not be signing Ronaldinho, we think to come to the Premier League for the first time at 34 is a big ask”

2 comments on “Ronaldinho would be big money & big risk”