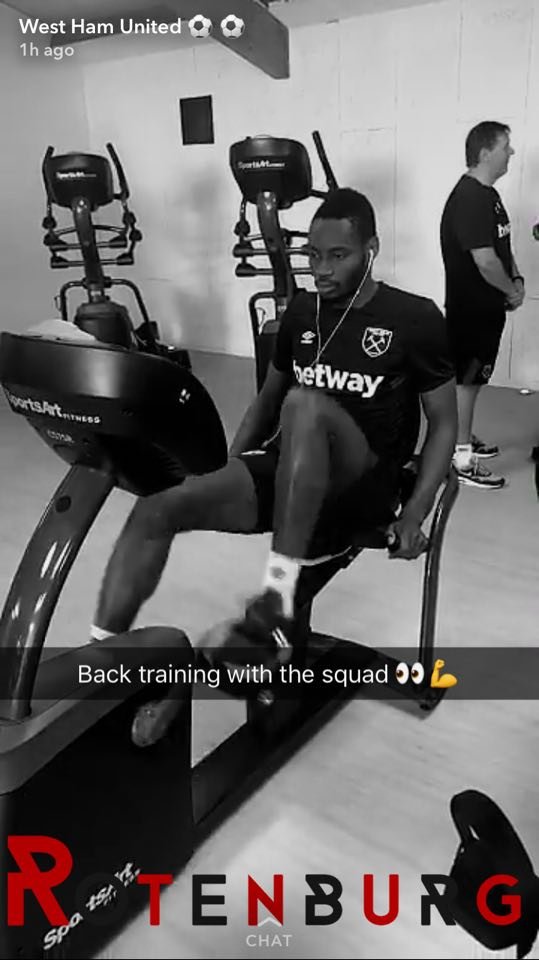 David Gold’s hope that Diafra Sakho will be training with the first team today has become a reality.

The co chairman declared in a tweet over the weekend that the striker SHOULD be back with the boys and the club has confirmed that with a picture on snap chat an hour ago.

It shows the Senegal hit man in the gym working hard and looking very well indeed  as he prepares himself for some serious match action.

Sakho is reported to be doing his utmost to force his way back into the team as the club nears opening day against Manchester United on August 13 and has made clear we get the message with an inscription across the picture saying: “Back training with the squad.”

Sadly, but unsurprisingly however, there remains no sign of Andy Carroll. 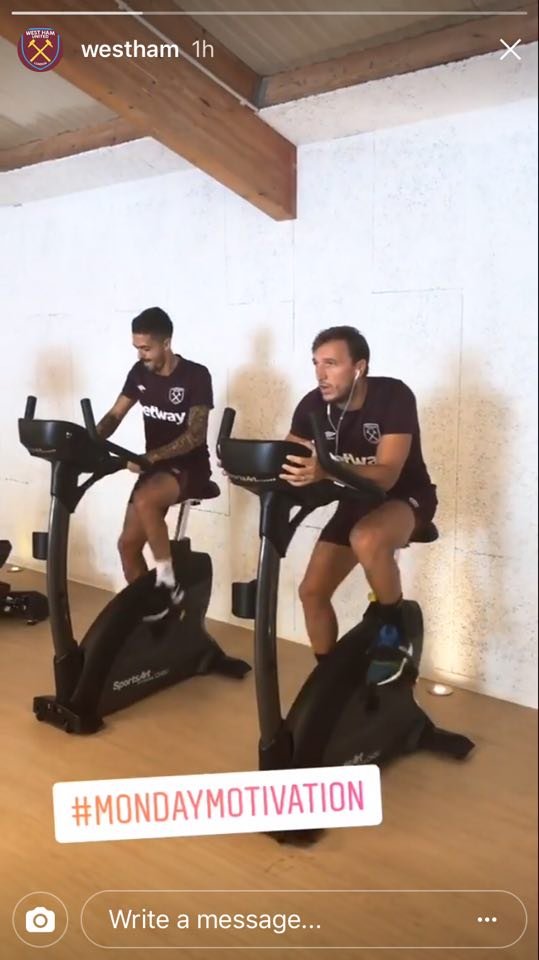