Sanchez and Zabaleta could stay on 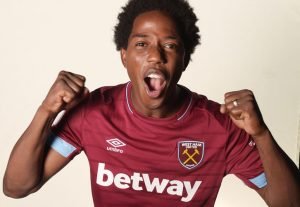 Hammers Carlos Sanchez and Pablo Zabaleta could stay on at West Ham beyond their contract end dates this summer if a FIFA plan gets the green light.

FIFA plans to extend players contracts to the end of each domestic 2019/20 season, rather than their usual end date of June 30 if domestic campaigns go past that point.

Many claim it is the only fair way to treat players and clubs in the wake of the coronavirus outbreak that has brought football to a standstill around the globe and threatened livelihoods.

It is unclear when leagues around the world will be back up and running, and it is likely to be staggered in different countries.

FIFA’s plan has not been cast in stone yet, but was revealed by a leaked document last week, is to pin the length of the contract to the end of the season in which the player is active, be that June, September or even December.

3 comments on “Sanchez and Zabaleta could stay on”