Sheringham: The secret of Sakho’s success 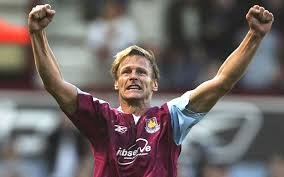 Teddy Sheringham has been describing the secret of Diafra Sakho’s success declaring: “He wants to score a goal and he puts himself in positions where he can score a goal.”

Having watched the player score six times on the trot in seven matches Sheringham told www.whufc.com: “”First of all, he has an eye for a goal. He can score a goal first and foremost.

“Secondly, and more importantly, he wants to score a goal and he puts himself in positions where he can score a goal.

“He has enthusiasm all over the pitch, which makes him a team favourite and, at the same time, a crowd favourite. He is up there in the right or left wing position, up the middle and then tracking back to the full-back positions. He pops up everywhere doing something for the team, which makes him invaluable.

“When you look up front and see two boys working their socks off to close people down and stop their full-backs getting out, then it’s invaluable for the team and you get a boost from that.

“On top of that work-rate, he is scoring goals and is full of confidence and long may it continue.”