Sir Trev: “Not surprised at Irons change of style” 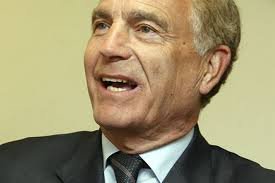 ClaretandHugh is delighted to publish this exclusive with one of our greatest legends!

Sir Trevor Brooking CBE – having just retired from the FA – talks the Irons and his passion comes shining through as always.

Sir Trevor Brooking CBE is delighted to see the West Ham fans happy at Sam Allardyce’s ‘new brand’ which has caused one of the best reactions inside Upton Park for several seasons!

But he claims he’s is not surprised that the team is playing in a different way claiming that we have brought in players which has improved the squad enormously.

And in an exclusive interview with ClaretandHugh he said: “It was good to see the fans leaving the ground on Saturday with a smile on their face after they had seen one of the best games at the Boleyn for a long long time..”

Like the rest of the fans though he’s deeply disappointed that Cheikhou Kouyate will be missing for the trip to Old Trafford on Saturday.

He said: “I think he’s been the outstanding player of the season so far and would have reveled in the space of Old Trafford – quite how Sam will compensate I’m not sure but I’m sure he will have a plan or two.

“It hasn’t surprised me to see such a change in our style – the game is now very technical and if you want to survive in the Premier League you have to adjust.

“It’s been good to see. I went to Palace where we played very well, we were excellent against Hull and Liverpool but the Southampton blip was weird.

“I’m not sure what happened there but things have gone really well since against Liverpool and it’s all about carrying the momentum into the United game.

“They will be hurting after the 5-3 at Leicester City and wanting to put things right straight away. I’m not giving any predictions but we have a lot in our team to cause them some problems.

“However, they are obviously very strong going forward and Sam will be absolutely insistent we keep it tight at the back.

“You can’t make any predictions after a weekend when we beat Liverpool, West Brom beat Spurs and Palace beat Everton can you?

“We must look beyond that to QPR and the teams like them who it’s vital that we beat but that’s not to say we can’t get something up there at the weekend.

“It’s been a great start to the season by and large and it’s all about keeping the momentum going now.”

3 comments on “Sir Trev: “Not surprised at Irons change of style””