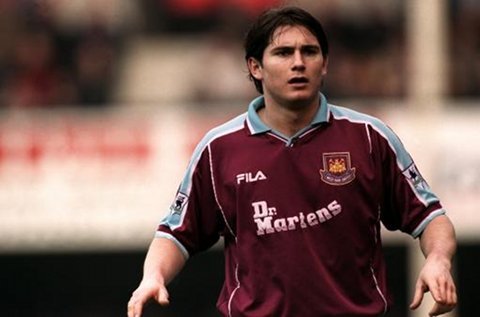 Slaven Bilic has handed out massive praise to Frank Lampard on the former Hammer’s retirement and called him “a top gentleman, a top player, a top… basically everything.”

The club was reported as being the only one of those Frank has represented not to have tweeted their good wishes to our former player but Bilic put that right with a massive testimony to the West Ham academy product.

The manager said: “People talk about legends and it’s a very common word, but Frank is one of the ambassadors, one of the biggest legends in the Premier League.

“I know him well of course, as he started his career here, him and Rio Ferdinand, when I was playing for West Ham in 1996/97.

“I use his example many, many times in my spell in Croatia as a national-team manager and in Russia, in Turkey and even here, because what he achieved is purely unbelievable.”

“He stayed with his feet on the ground and he’s a top gentleman, a top player, a top… basically everything.

“He is the biggest and greatest example to young players to show what they have to do to be in position to achieve something in football.”

Bilic said he would welcome the return of the Romford-born player to his hometown, where the Hammers now train at their new Rush Green base.

“Frank is always very welcome in our Club and I am sure he’s gonna be, like he was serious in his football career, very, very serious in his management career.”