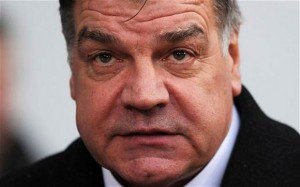 West Ham United fans are split right down the middle over whether Sam Allardyce should be sacked and replaced this summer.

A poll at  Claret and Hugh asked  1,060 voters whether the manager should be retained next season and he emerged with 48.97 per cent of the vote on 521 votes.

The fans are split despite co-chairman David Gold’s backing following the recent 2-1 victory over Sunderland, which all but secured Premier League survival.

However, the defeat of 10-man Hull City via a penalty and own goal ahead of the Stadium of Light clash may have had a bearing on the result.

An immediate poll soon after saw 90.1% agree Allardyce’s team did not play entertaining football with just 9.9% giving it a thumbs up.