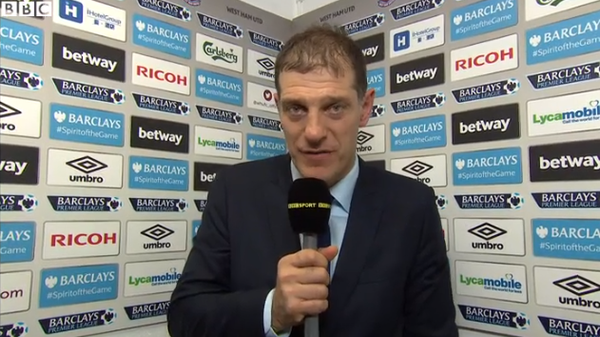 Slaven Bilic insisted this had not been “a very bad season” as the Irons went out with a heartening last day victory over Burnley at Turf Moor.

The manager said: “We wanted to finish positive and we deserved to beat them. It is always nice to win the last game and I’m really pleased for the guys.

“We thought we were going to do better (this season), we had so many obstacles, so many injuries, so many surgeries, eight, which is not usual.

“The move to the stadium, which is the best thing the club has ever done long-term, it took us a while to settle. You need time. it is very hard to get that Upton Park feeling but it is going to get better and better.

“Today we showed character. We finished 11th and are one point from being eighth. It is not a season to talk about, to hail it, but it is not a very bad season. I’m expecting it to be better next season, of course.

“The summer will be busy for every club. Today’s game showed we have a quantity of players and a squad. We were without eight players and still we had a good team out.

“We need a few players to improve our first team. Make no mistake our targets are also the targets for eight to 10 clubs in the Premier League.”

2 comments on “The Bilic verdict”