Posted by Hammers Newshound on July 31, 2015 in News, Whispers 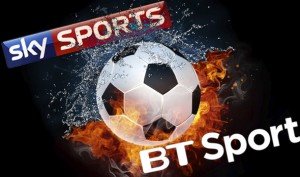 West Ham are scheduled for three Premier league games to be shown live on Sky Sports between August and November this coming season.  The Hammers receive a facility fee of £864,810 for each match screened Live in the UK.

BT Sport have scheduled no West Ham matches so far between August and November.