Update from Iheanacho’s agent on transfer 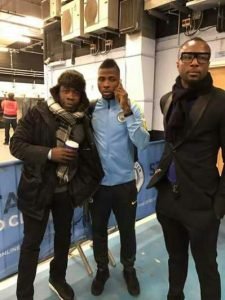 Kelechi Iheanacho’s Nigerian agent, Olumide Olowu says there is no current agreement between West Ham and Manchester City for his client but he would be happy to accept a contract as long it is up to his standards.

In an email dated today seen by Claret and Hugh his agent says:

“There has been no agreement between the two clubs at the moment but the deal could yet still happen. Kelechi is training with the Nigerian squad at the moment and is aware that West Ham are interested in signing him. Soon as the clubs have come to agree terms with each other Iheanacho will be happy to accept as long as the contract is up to his standards.  Regards Olumindo”

Sources close to West Ham said at the beginning of the week that they were still waiting to receive an answer from Manchester City after making a bid.

9 comments on “Update from Iheanacho’s agent on transfer”