Vengeance on Villa after such a terrible injustice 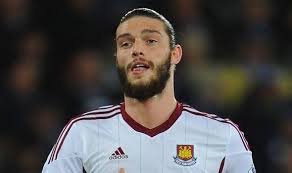 So in the end it ended as we all knew it would!

Andy Carroll remains innocent…FA poster boy Howard Webb remains a poor referee…Chico Flores remains a cheating b…..d and we remain without our record signing for the next three games.

Who ever said life was fair. Of course it’s not, particularly if you are a West Ham fan. We  rarely get the rub of the green when we need it – that’s a near historical fact!

This,  however,  is not the time to let heads drop and I would bet a lot of money the ‘claret and blue army’ will be at it’s loudest this afternoon as we set out on the quest for three valuable points of vengeance in the west midlands.

I think Sam Allardyce is probably at his best when he’s violently angry as he is right now, heading a mood of terrible injustice throughout the club and our fan base world-wide.

We are joined by football fans of other clubs across the globe who know that we have been the victims of a terrible  footballing crime inflicted upon us by the awful Flores and the incompetent Webb.

So today  is a day of vengeance and  Villa  are in the way! They have to pay for the soul-sickness that has been inflicted on every Hammer since last Saturday.

So let’s be loud..let’s be proud and let’s fight our disappointment like Andy fought his injury problems – with total guts and determination!

My final word on this sordid affair is that I want Flores done big time – what a creep to be involved at the heart of our national game.

When you react as he did and then turn up on Twitter slagging off the team you have single-handedly tried to put down, you deserve every single thing that can be thrown at you and the FA must do him!

I’m proud of the way the manager and owners have reacted in trying to get justice and I’m bitterly sorry for AC who after such a fantastic fight back from a shocking injury is found guilty of a crime he never committed.

Go get Villa for him lads – he deserves nothing less!

← Sam: “I hope the players are as angry as I am”
Armero has landed with a big smile →
Click Here for Comments >

2 comments on “Vengeance on Villa after such a terrible injustice”