Posted by Sean Whetstone on August 14, 2018 in News, Whispers 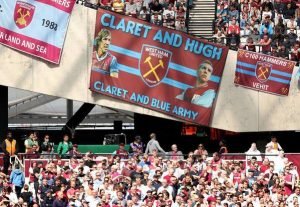 Claret and Hugh are launching a new feature for the 2018/2019 Premier League season.

Player ratings are an emotive subject and often there is safety in numbers when it comes to understanding an average rating for each player. This season we are launching on online player rating poll after each match to allow to share the mean average of how the majority of fans saw individuals play.

We soft launch a poll today based on Performances against Liverpool at Anfield still fresh in our mind. It sounds obvious but please only rate out of ten players who played on Sunday and played at least ten minutes which on Sunday was all the substitutes.

We will provide the first results later this week.