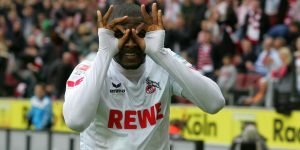 According to Jason Burt in the Telegraph,  West Ham have failed in club record bids for the Cologne striker Anthony Modeste and the Villarreal forward Cedric Bakambu.

Telegraph Sport says that the Hammers has made offers of 25million euros (£22million) for each of the two forward players which is more than the £20.7m they paid to sign Andre Ayew from Swansea City last summer. 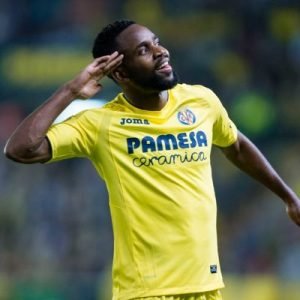 Modeste is a powerful striker who has done extremely well in Germany, scoring 25 goals in the Bundesliga last season, but Cologne are believed to be demanding more than £35million for the player even though he is 29.  Modeste remains under contract with Cologne until June 2021.

Bakambu is a 25-year-old DR Congo international who has enjoyed an impressive campaign in Spain with Villarreal. Born in France, he scored 22 goals last season and is a quick and powerful forward player who can also play as a winger having also played in Turkey.

Villarreal value him between £25m and £30m