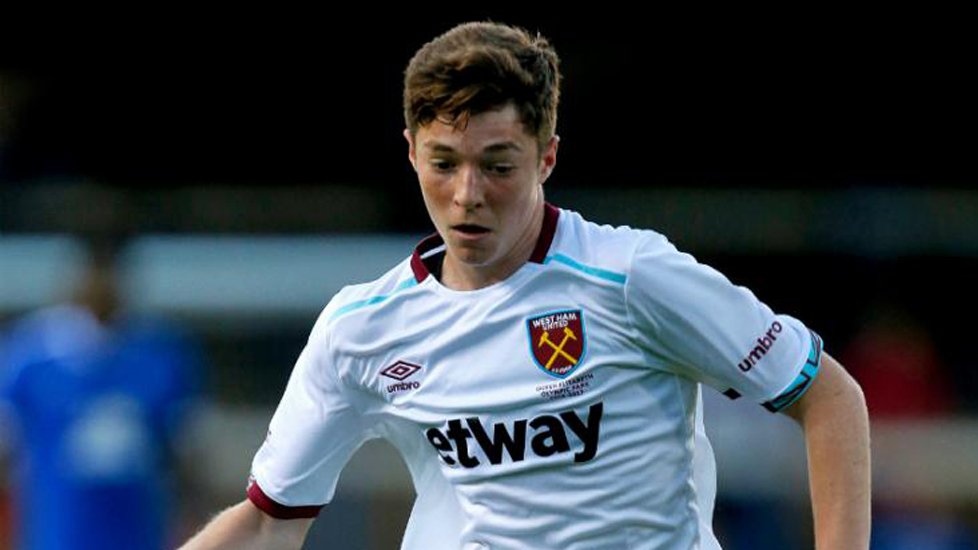 West Ham have the perfect midfield cover for either Declan Rice or Tomas Soucek sitting on the club’s doorstep.

Terry Westley – former academy director – is delighted to see that Conor Coventry has been upgraded to the full Republic of Ireland side by manager Stephen Kenny from the under 21s squad.

The 20-year-old Academy graduate could now be in line to make his senior Republic of Ireland debut during an upcoming triple-header of matches.

Stephen Kenny’s side first travel to Serbia’s Red Star Stadium in Belgrade for their opening 2022 FIFA World Cup qualification match on Wednesday, before hosting Luxembourg in a second UEFA Group A qualifier at the Aviva Stadium, Dublin, next Saturday.

Coventry has been one of the club’s rising midfield stars for a couple of years but CandH exclusive blogger Westley said: ” For me the boy is ready for the Hammers first team when the need arises.

Like Declan before him he has all the attributes. There’s no need for the club to go out and spend millions.

“Stephen Kenny managed Conor in the Irish under 21s and knows all about him – that he’s upgraded him tells me everything – Conor is ready.

He has a bit of everything you need in a midfielder. He can defend, attack, pass, tackle, is cool on the ball and reliable. I believe he is a first team player.

He will need games in order to bed himself down but once he gets that opportunity he will be on his way.

West Ham are fortunate to have players like him at a time such as this when money is so tight because of covid – Conor can save them millions.”

9 comments on “Westley: Hammers midfield star “can save club millions””