Who should West Ham play pre-season?

Posted by Sean Whetstone on April 5, 2019 in News, Whispers 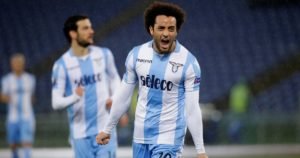 West Ham is considering several opposition teams for a pre-season friendly on 3rd August at the London Stadium before the Premier League season kicks off on 10th August.

One option is to face our sister club from Italy Lazio known for their close fan affiliation to the Hammers and their love and respect for one another.

Another option is to book a big name club in the form of PSG or another big name of equal reputation.

Other options would be smaller clubs such as Monaco, Lyon or Seville which would allow cheaper pricing of tickets for the game.

Should the club book a smaller club like Seville, Lyon or Monaco prices would start from £1 for kids and £10 for adults rising to £20 for adults for the better seats.

If someone like PSG were our opponent’s Kids tickets would start at £10 and adults tickets at £20 rising to £50 for the best seats,

Vote in the poll below to help the club inform their decision on who the pre-season friendly opposition. The results of this poll will be shared with the club.

2 comments on “Who should West Ham play pre-season?”