The Irons had been in talks for Ings, whose contract at Villa expires in 2024, with a £1om fee initially being rumoured.

The transfer comes at a time when stories are starting to emerge that £35m summer signing Gianluca Scamacca may have sustained an injury in training.

Thirty -year-old Ings, who won three England caps, has scored seven times in 21 appearances so far this season, most of which have been as a substitute.

His six Premier League goals are one more than The Hammers main forwards, Michail Antonio and Gianluca Scamacca have managed collectively this term.

Clearly the transfer has been completed in time for Ings to feature in the relegation clash against Everton this weekend.

The game is rumoured to be  to be manager David Moyes’ last chance to keep his job, should he lose it’s believed Rafa Benitez is lined up to replace him. 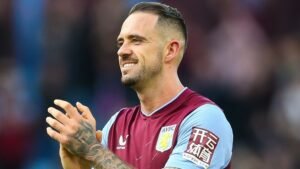 ← Big decisions required as Moyes looks to save himself
Relegation fears: The reality →
Click Here for Comments >