Agents – the end may be nigh

Agents have been seen as a massive problem in the game for a very long time and if any good thing is to come out of the current problems it could  be that they are, at the very least are, sidelined for some time to come. There was a time when they didn’t exist but have now – next to TV – become the most powerful force in the game. We saw that yesterday in the Jeremy Ngakia situation.

And here ClaretandHugh follower mooro66uk sees a big opportunity to make the game a better place as a result of the pandemic which has changed the face of football. 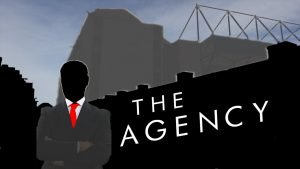 Whilst the game is in this current turmoil and flux, perhaps now is the opportunity for big changes.

Clubs should get together and exclude agents from any transfers and contract negotiations. They are unwanted and not needed.

They cost clubs millions in fees and, because it is in their interests, drive prices to the extreme. They aren’t necessary but hang on with grim determination causing both clubs and players untold problems.

Their only function is to generate income for themselves. Very few care about their clients, they are only a meal ticket.

ll clubs should refuse to deal with players agents en masse. It would save them fortunes, cut out a lot of grief and uncertainty and maybe save a few careers. Now is the opportunity to rid the game of these parasites.

Claretandhugh says: The much maligned Professional Footballers Association could have a real role to play in this situation. They were – years back – the first stop when players renegotiated. They are far from perfect but at least part of the game and most employees have been part of the game at some point or other. So maybe the club chaormen should get together with them and see if they are ready to play a more significant role.

2 comments on “Agents – the end may be nigh”