Another Hammer could be set to leave 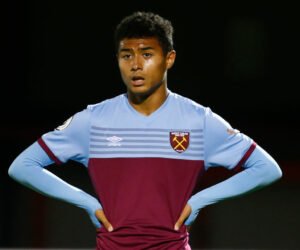 West Ham youngster Veron Parkes could set to leave the club after refusing to sign a new contract according to reports.

The versatile attacker joined West Ham from Crystal Palace in December 2017 at the age of 16, making his U18 Premier League debut for the Hammers at Southampton on 6 January 2018. His maiden U18 Premier League goal in Claret and Blue arrived in a 2-2 draw with Aston Villa at Little Heath on 28 April 2018.

Parkes, who can operate anywhere across the forward line, started the 2018/19 season in prolific form, scoring five goals in his opening four U18 Premier League appearances. That record saw him promoted to the U23s, where he scored on his opening two appearances against Everton and Swansea City in October 2018.

Several clubs are sais to want to sign Parkes after turned down a professional deal in search of first-team chances. He has 11 goals in 14 games for the U18s this season. Celtic, Monaco, New York Red Bulls, Fortuna Sittard & Heerenveen are interested it is claimed.

The news comes as fellow youngsters Benicio Baker-Boaitey and Jeremy Ngakia look set to not sign new contracts with the club.

2 comments on “Another Hammer could be set to leave”