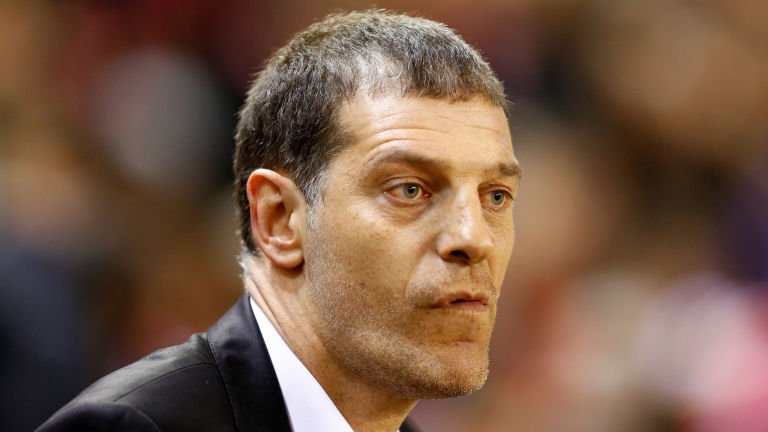 Frustrated Slaven Bilic – sent to the stands by Swiss referee Adrien Jaccottet – saw the Irons come off the rails after leading 2-0 against FC Astra and declared: “We played well until the moment we had a player sent-off. ”

James Collins had been dismissed for a second bookable offence and the manager told West Ham TV: “We had chances to score the third goal. It was a professional foul from Collins and I can’t blame him in that situation. The second yellow was a little harsh, for me.

“After that, until they scored that great goal, they didn’t create but they started to hurt us. We still had some counter-attacks and chances, but in the end they scored one great goal and an own-goal, but it was a different game after they scored the first one.”

He said: “We definitely played well in the first hour, but the game lasts 90 minutes and we had to react better to going down to ten men,” Bilic reflected.

“The problem was also that we could not change a lot because we had already done two substitutions so we had to wait. We were one man down and we couldn’t change in case someone else got injured and we went two men down. We had to delay it.

“At 2-2 it’s a bad result for us and we’re not happy. Add the injuries to Joey O’Brien, which hopefully doesn’t look too bad, and Enner, which we don’t know until Friday when he has a scan but it doesn’t look good, and the frustration is bigger.

“We played good and created chances and were dangerous and lively and nice to watch, but we should defend better as a unit after Ginge went off.”

Of his own departure he declared: “ I was not happy with his (the referee’s )  decision. If they sent Collins off, then they should have booked the player [Valerica Gaman] for his foul on Dimitri (Payet). I did not swear, definitely, but I just asked why and he sent me off.”

With the Barclays Premier League season to start at Arsenal less than 72 hours after the second leg in Romania, Bilic said he will think carefully before choosing which players will make the 1,200 mile round-trip to Giurgiu.

“It was the same plan, no matter what the result is, that the majority of the players who will start against Arsenal will not participate in that game,” he explained.

“We would like to do both, but the Premier League was and is the priority for us.”