Brady’s dangerous call for return of fans must be ignored

Posted by Sean Whetstone on September 21, 2020 in News, Whispers 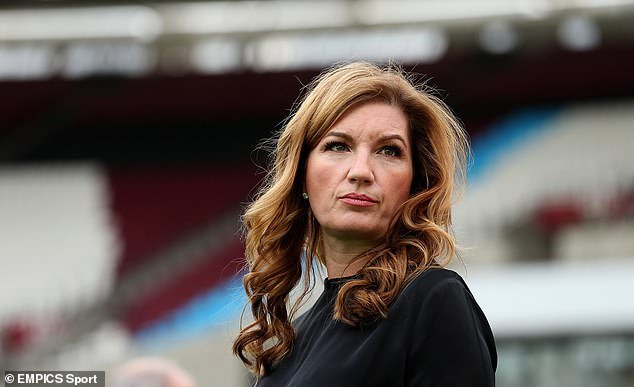 Today’s Government briefing by the chief scientific advisor warned of the very real threat posed by exponential growth by the CoVid pandemic.

Around 3,000 cases a day may not sound that bad, but the government’s science advisers think the epidemic is doubling every seven days.

They warn that if that trend continues, there could be 50,000 cases every day by 13 October. That would, in turn, lead to more deaths from Covid-19.

The Government had planned to allow limited capacities to return from 1st October with the Hammers first eligible game against Manchester City on 24th October but that now looks like an impossibility.

On Saturday Karren Brady used her Sun column to challenge the government and the prime minister saying that supporters were safer in the London Stadium than their own living rooms.

That stance looks completely flawed now and we need to face the reality that supporters will not return this year and possibly for the majority if not all of the season.

For the Premier League and the West Ham Vice-Chairman, it appears the issue is about money – not safety.

Hers – and therefore the club’s view – is  incredibly dangerous and one we should all totally ignore!