Josh Cullen has returned to England, joining Burnley from Anderlecht.

The Championship club, who were relegated from the Premier League last season, have announced the arrival of the midfielder. 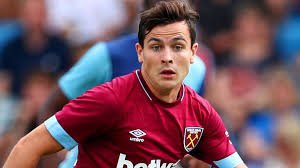 He will link up with former boss Vincent Kompany, who previously managed him at the Belgian club.

The 26-year-old was with the Irons for 15 seasons in total but struggled to break into the first-team, making a total of 10 appearances for the senior side.

He went on a variety of loan spells, playing for Bradford, Bolton, and Charlton before moving to Anderlecht in 2020.

Cullen played 80 times in total for them, with Kompany giving him the majority of those minutes.

He has also won 20 caps for the Republic of Ireland and will now be aiming to kick-start his career in the second-tier, after signing a three-year deal at Turf Moor.

Speaking after signing his contract with Burnley, Cullen said, as per their official website: “I’m really happy. It’s been something that’s been going on for a couple of weeks now, so I’m just happy it’s all done and dusted. I’m looking forward to the new season now.

“The season will come around fast now. I can’t wait to get the shirt on in some of the friendlies, and then the main event kicks off in a few weeks’ time.”