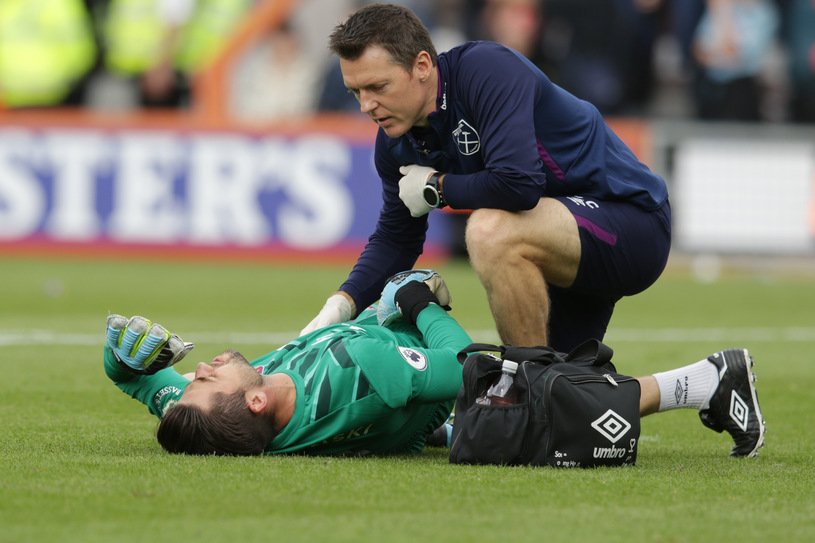 Now the Poland international faces up to three months on the sidelines after breaking down while taking a goal kick at Bournemouth.

The Hammers had kept the date of surgery a closely guarded secret although Claret and Hugh was able to reveal on the 5th of this month that it would required https://www.claretandhugh.info/hammers-make-fabianski-surgery-decision/

There was never any real doubt that the Hammers No 1 stopper would need to go into the operating after damaging his hip in the incident leading to the breakdown.
But we had been told three days ago that swelling around the injury needed to reduce before that was possible .
Initially, it was thought the injury could even be a four month recovery job but the latest insider word is that he could be back within two .

Revealing the news on Twitter  co chairman David Gold said the surgery on the Hammers Player of last season had been a success.

He said: “Just to update you all, the surgery on Lukasz Fabianski’s hip went as planned this morning in London.

“He will hopefully be discharged later today. Speedy recovery Lukasz.”

6 comments on “Fab news for Fabianski”