Posted by Sean Whetstone on February 14, 2021 in News, Whispers 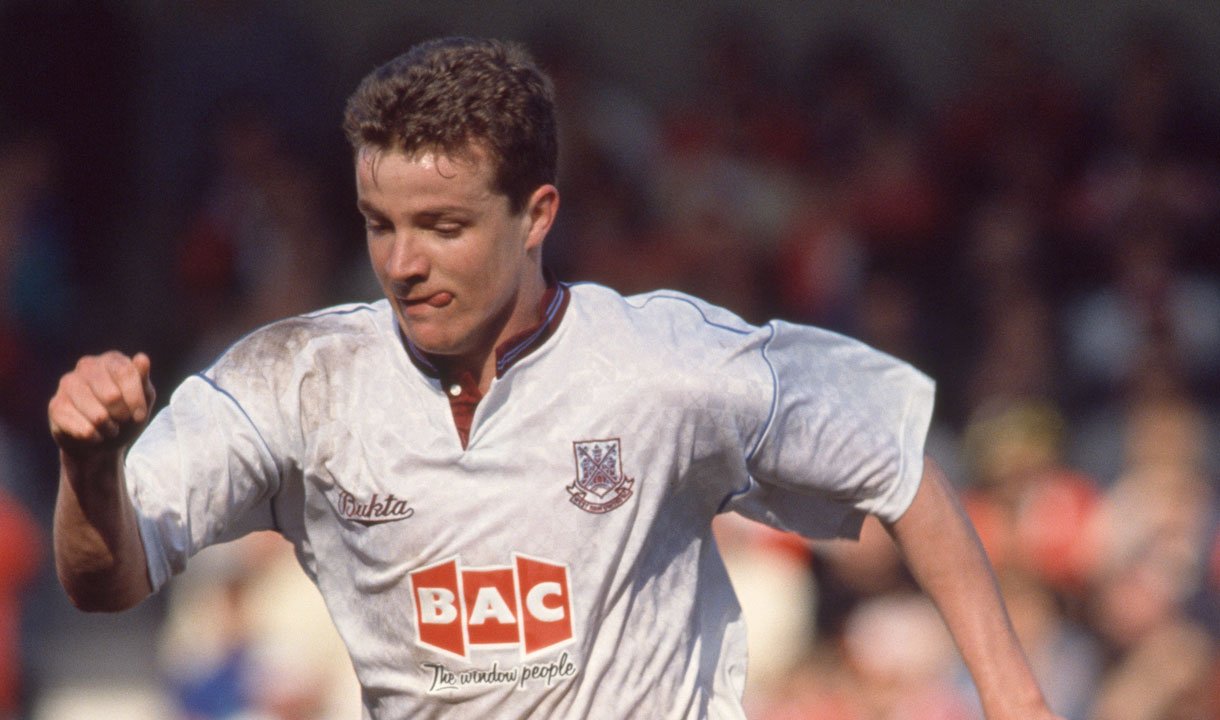 Posting a video of himself on Twitter Slater said, “I hear West Ham are looking for a striker!”

“Hello everyone, Stuart Slater here, been asked if I can manage to do the Madonna challenge, after a few minutes not too bad, sign me up Mosysie!”

Slater joined the Hammers as an apprentice in 1986 quickly becoming a star of the youth team. He made his first appearance for West Ham, still an apprentice, when he came on as a substitute for Ray Stewart in the Division One home game against Derby County in October 1987.

He was offered a professional contract in April 1988 just after his seventeenth birthday and made a second appearance in the 1987–88 season when he came on as a substitute in the home game against Coventry City in the same month.

Slater netted 18 goals during 179 appearances for West Ham. He turned down the offer of a new contract and left the club in August 1992 for Celtic for £1.5m

I hear @WestHam are looking for a striker 👀⚒🍀 pic.twitter.com/ocJWNjDtP1

9 comments on “Former Hammer offers his services to Moyes”