How did you become a Hammer? 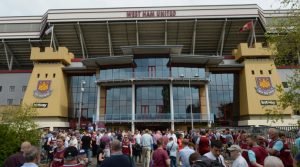 I became a Hammer in the 1960s and attended my first match on the night of my interview for a first job in London with my soon to be employer – a Hammers fan.

I’d been brought up in a Charlton home but having been taken to Upton Park for the first time I fell in love with everything Hammers on that night in September 22 when we drew 2-2.  I had become a Hammer for life.

Fifty seven years on  I can honestly say the club and my association with it has helped me through the hardest times of my life – notably the passing of my wife two years ago when CandH and the Hammers  literally kept me going.

I owe this wonderful club so much and all these years later I thank that  man who took me to the Boleyn first time – incredibly he was names  named Tony Cottee! 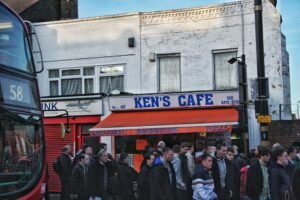 I became Bobby Moore’s ghost writer man years later and became friends with many of the club’s former legends!

That’s my story and why, regardless of the flak and protests that often fly around, it will forever remain my first sporting love.

Now, as things slow down for a while – and we will all get through this pandemic together – give ClaretandHugh your stories of how you became Irons.

Give us your favourite players, matches – mine was the 1964 semi final at Hillsborough in the pouring rain – when we beat Man U and went on the win the FA Cup of course.

Leave your stories below and we will run them all during the forthcoming weeks.

COME ON YOU IRONS

22 comments on “How did you become a Hammer?”