West Ham are considering a double swoop on Watford this summer, according to talkSPORT.

The Hammers are said to be eyeing up moves for both Ismaila Sarr and Emmanuel Dennis after Watford’s relegation to the Championship. 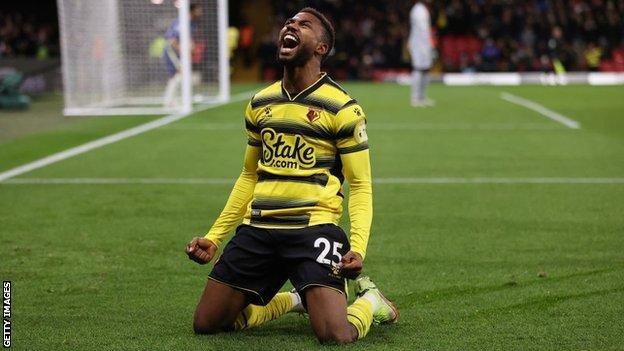 Boss David Moyes is desperate to sign a striker and Dennis would fit the bill, although that chase would depend on whether the club can sign either Gianluca Scamacca or Armando Broja.

Sarr would be an option to strengthen the wide positions, particularly in the wake of Andriy Yarmolenko’s exit, although Watford boss Rob Edwards wants to keep him.

He is hoping to build around Sarr as the Hornets aim to return to the top-flight but Watford’s board have made it clear that he will be sold if an appropriate bid is tabled.

Dennis scored 10 goals in the Premier League last season, while Sarr scored five and also laid on two assists, despite them failing to avoid the drop.