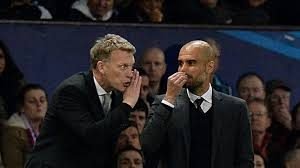 David Moyes is likely to make just two changes to the West Ham starting line-up which faces Manchester City 2.15pm this afternoon at the London Stadium.

One forced change of Adrian of replacing Joe Hart who is illegible to play against his parent club as part of his loan agreement.

The tactical change is rumoured to be the recovered Manuel Lanzini starting to replace Joao Mario.  The formation will likely remain in the 5-4-1 formation favored against Stoke City and Arsenal.

Meanwhile, David Silva is set to be left out of Manchester City’s squad to face West Ham on Sunday, according to a report he has been given time off to be with his family. As confirmed on City’s official website, Sergio Aguero has been ruled out of the trip to the London Stadium, while central defender John Stones is doubtful due to discomfort in his adductor muscle.