Many Irons fans may worry about Day One selection issue 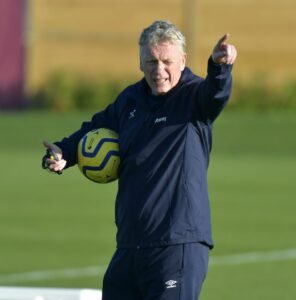 His advice and that of other managers being ignored

Sometimes it’s impossible to also anything other than accept the impossible and that appears to be the case with the Premier League’s Operation Restart.

Despite players still becoming infected – as is the case of Watford – and others refusing to train there now seems a certainty that the league will start up again on either June 12 or June 19.

It runs against the advice handed out by those directly involved in the game, notably managers who claim that at least a month is required to bring players to physical fitness – their mental welfare is not quite so easy to judge!

However, West Ham – having confirmed that daily tests see all their players clear of the bug – will be in a decent place should that continue to be the case and here’s how we expect the team to line up against Wolves in those circumstances.

With Balbuena, Lanzini and Cresswell among those seemingly worried about the situation we have been forced to leave them out which will create the big Arthur Masuaku problem in the minds of many.

Elsewhere, however, the team looks strong although we suspect – as shown- that skipper Mark Noble will need to settle for a place on the bench