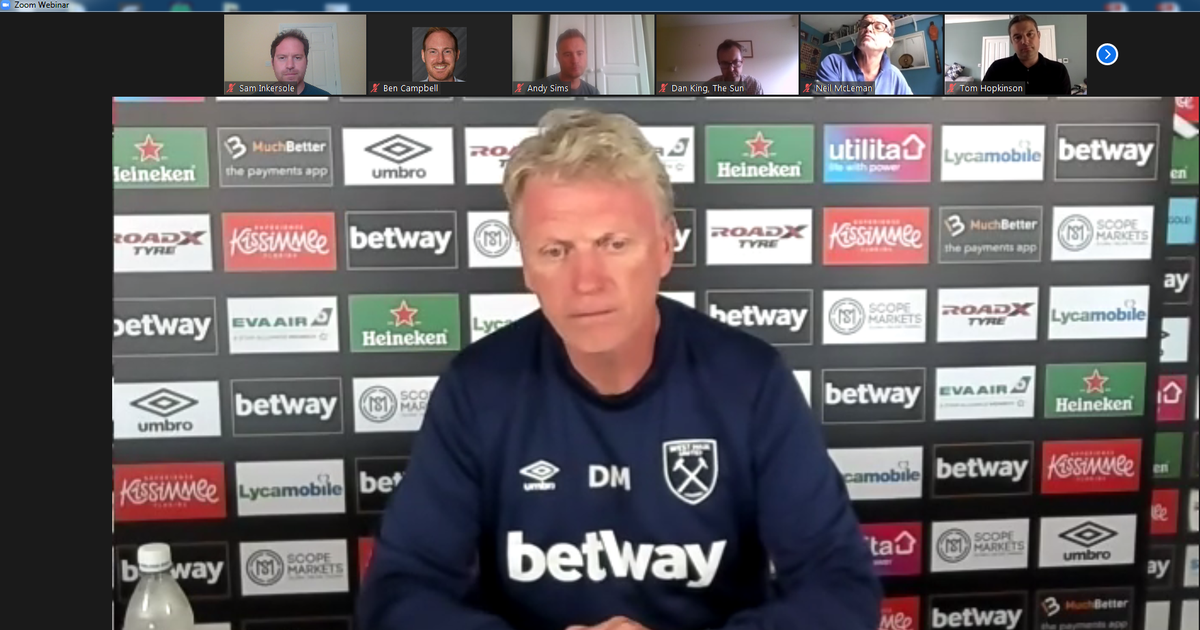 David Moyes has confirmed Michail Antonio is out of tomorrow’s squad and is injured again.

Speaking on his virtual pre-match press conference ahead of the Hammers game against Manchester United on Saturday he confirmed the rumours.

The 57-year-old Gaffer admitted: “Micky is out for tomorrow, we don’t know how long he will be out for. He is still having a bit of a problem with his hamstring. It’s not the same injury, we think it is slightly different. In the main we have a fully fit squad”

Many supporters were surprised when David Moyes started him against Aston Villa on Monday and he certainly seemed to lack sharp match fitness and some of his runs looked more reserved as he looked to protect his hamstrings.

Moyes will now have the option whether to make a like for like swap for Sebastien Haller or try to incorporate both Haller and Benrahmi in the starting XI by dropping Arthur Masuaku as he did in the second half against Villa.