Moyes: Downes has given me a decision to make!

David Moyes has admitted that midfielder Flynn Downes has given him a difficult decision to make ahead of the clash with Fulham this weekend.

The Hammers midfielder was a standout as the Irons won 1-0 in Belgium against Anderlecht in the Europa Conference League. 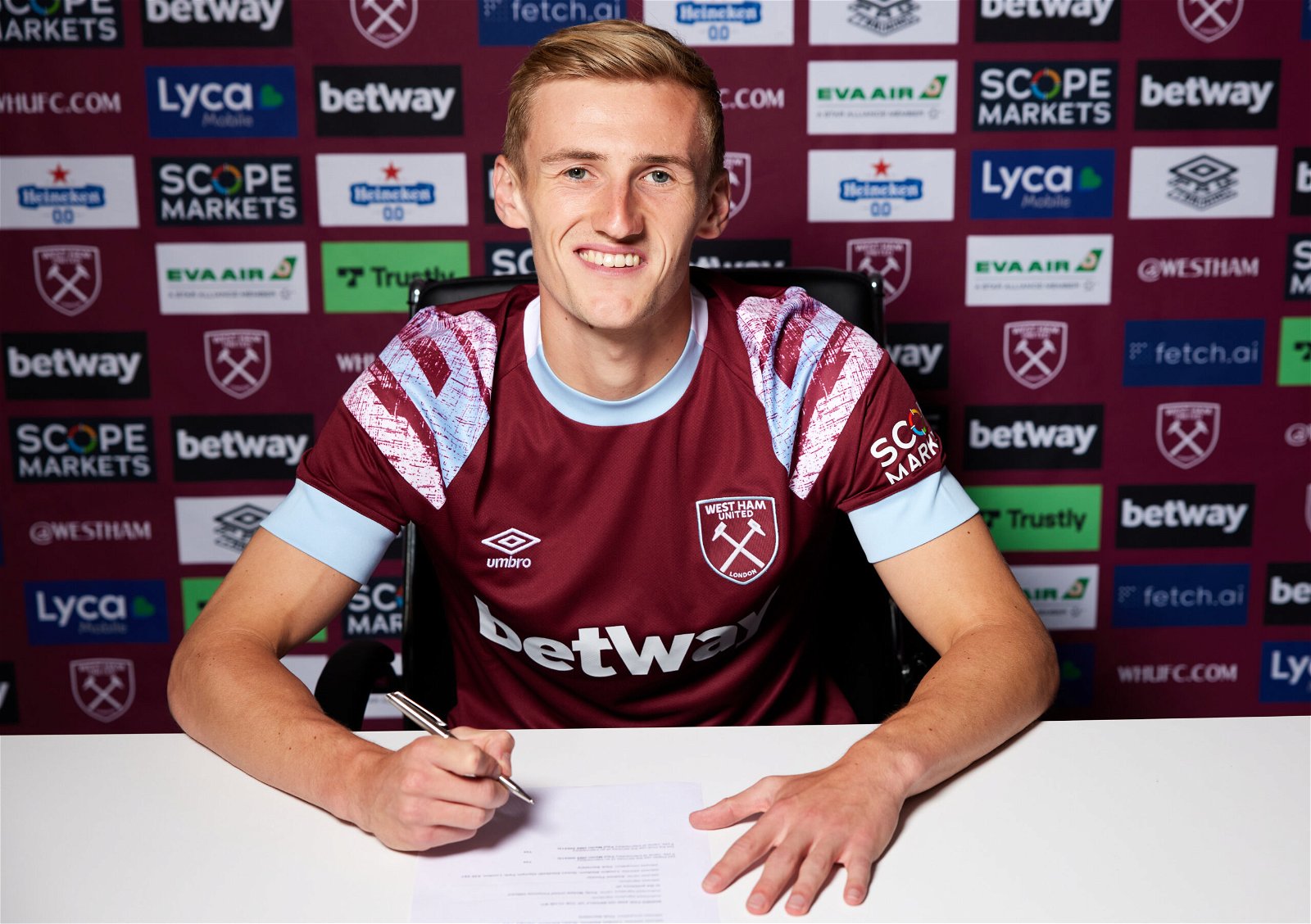 The victory came as a result of Gianluca Scamacca’s swivelled finish, after a lovely through ball from Lucas Paqueta.

Downes was remarkably impressive in the centre of the pitch, as he had an eye for a pass, and also managed to break up play effectively.

Manuel Lanzini was his midfield partner, leaving the ex-Swansea man to do the majority of the defensive work, and he dominated the centre of the pitch.

With Tomas Soucek struggling as well in the centre of the pitch, there is now a real possibility that Downes could be thrust into Premier League action this weekend against the Cottagers.

Speaking to reporters after the game, as per Football.London, Moyes said: “Flynn Downes played really well tonight. I thought him and Jarrod (Bowen) were really good. And the goalkeeper made a couple of great saves. But Flynn has given is something to think about.

“He’s only just starting to get the feel of it in training, he’s beginning to get used to what we want. He did a really good job tonight, Flynn.”

3 comments on “Moyes: Downes has given me a decision to make!”