Now Brighton positive test – does a player have to die before the Premier League stops restart madness? 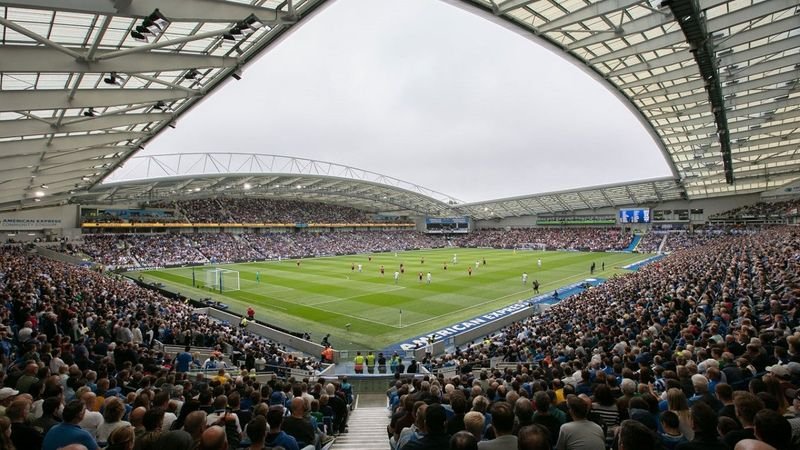 The Amex Stadium on matchday

A third Brighton player has tested positive for coronavirus.

As the Premier League – allegedly aided and abetted by the top clubs – carry on regardless towards a restart objective, the disease continues to demonstrate it takes no prisoners or hopeful plans.

According to the BBC, the player – unnamed – will now self isolate for 14 days having been tested  on Saturday and this follows positive tests on players in Germany and Portugal.

It’ now becoming hideous – worse than farcical – and has to stop or I truly believe many fans will start to desert a game which is showing itself to be cheap, shoddy and totally out of touch with those who pay their season ticket money and give the game the atmosphere which has made it great.

The Premier League will ignore the many voices being raised against them at their peril. They appear to believe they can save the goose that lays the golden egg by getting this season restarted.

The reality is they are shaming themselves and us as they plough on with their hideous plans and could kill that goose forever if they don’t stop their disgusting attempt to save a few bucks.

Here’s the big question looming above all else now: “Does a player have to die before they stop?”

Brighton have players training individually at the training ground and the club say this will be allowed to continue.

“It is a concern,” Brighton chief executive Paul Barber told Sky Sports. “Despite all of the measures that we’ve been taking over the past few weeks, where the players haven’t been involved in any significant training at all, we’ve still suffered another player testing positive for the virus.”

13 comments on “Now Brighton positive test – does a player have to die before the Premier League stops restart madness?”