OFFICIAL: Yes he is the Irons target 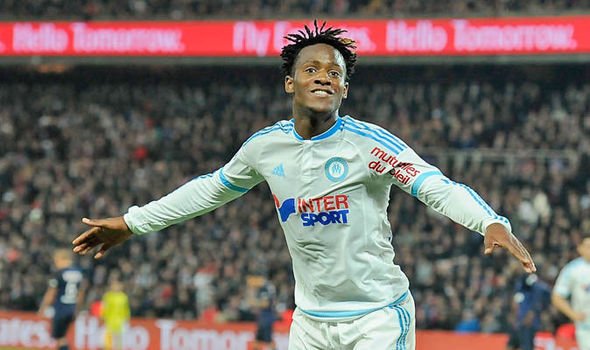 West Ham have admitted for the first time that Marseilles striker Michy Batshuayi   is – as widely touted – the No 1 summer target.

And they have added that the club  will be relying heavily on the Dimitri Payet factor  to swing the race in their favour when  the scramble gets underway for his signature.

ClaretandHugh carried a story yesterday in which the striker admitted he loved Payet in a tweet declaring “PAYET PAYET PAYET” followed by three hearts!

And this morning a top Irons source told us: “Yes, he’s the one we want but we have not -as has been suggested – signed any pre contract arrangements. The truth is that half of Europe are after  him.  Obviously the Payet factor could help – we hope so.”

Rumours started circulating on the social networks that the Irons were negotiating a pre-contract but that was blown out of the water by the ever-reliable http://www.transfermarkt.co.uk/ where it was revealed that he signed a contract extension with Marseilles this month and is under contract until 2020.

However, interestingly the website – seen as a ‘bible ‘ on these matters by many claims that his market value is only £6.3 million – NOT £20 million.

However, one leading agent commented: “It’s a guide but the truth is a player is worth what a club decides it wants to pay.”

The 22-year-old striker has scored 15 goals in 27 Ligue 1 and Europa League games for Marseille this season. Scouts from West Ham, Manchester United and Liverpool attended Marseille’s 1-1 draw with Lyon on Sunday night.

5 comments on “OFFICIAL: Yes he is the Irons target”