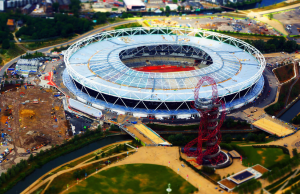 Health and Safety Executive inspectors have confirmed that the fatality at the Olympic Stadium construction site on Sunday morning was not a workplace incident.

Main contractor Balfour Beatty resumed work on Monday morning after the HSE and police concluded their enquiries. Balfour said:  “There was a fatality at the former Olympic Stadium site yesterday morning. We worked fully with the police whilst they carried out their enquiries which concluded yesterday. They are treating the death as non-suspicious.”

“The HSE has confirmed the fatality is not being treated as a workplace incident.

“Work resumed on site this morning. Our thoughts remain with the individual’s family, friends and colleagues.”

The live web cam video feed for the Olympic Stadium remains offline since the weekend. The first test event for the new stadium is scheduled in July.

8 comments on “OS death not a work place incident”