West Ham are eyeing a potential deal to sign Owen Wijndal from AZ Alkmaar, according to The Athletic.

The 22-year-old is a left-back who can also play as a wing-back and the Hammers are said to hold an interest in bringing him into the club. 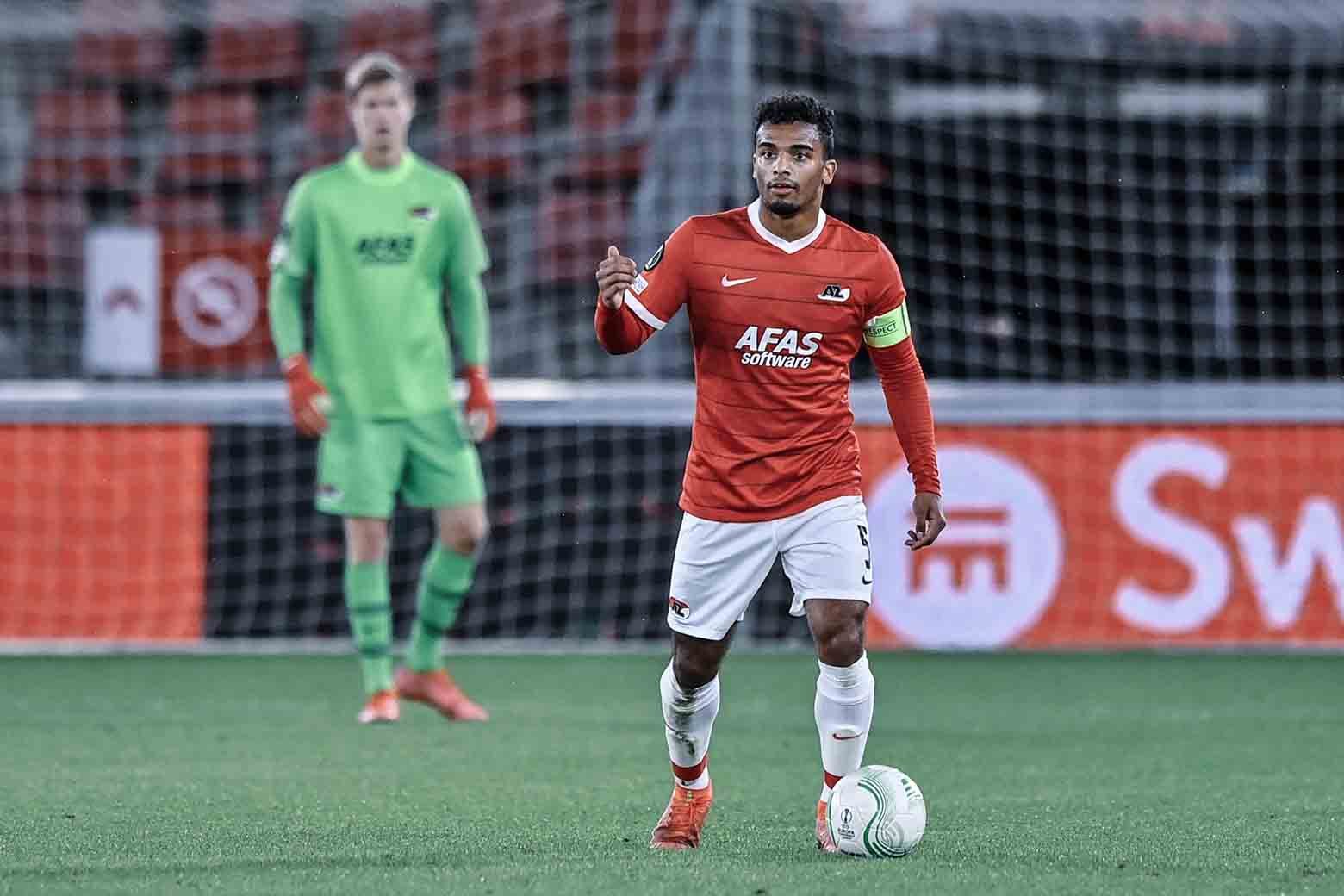 As per the website, boss David Moyes is eyeing a move to reinforce his defensive ranks.

Aaron Cresswell remains the first-choice left-back at the club, but Arthur Masuaku has flattered to deceive as a back-up option.

As a result, it appears that Moyes is keen on a swoop to sign the Netherlands international, who has won 11 caps for his country already.

He has accelerated quickly through the ranks and is currently the Dutch side’s captain, but his contract expires in 2024, and this may be the window in which AZ can receive the highest fee for him.

He is rated at £10.8m by Transfermarkt but he could end up costing around double that.

Still, Moyes is keen to strengthen his defence this summer and Wijndal is an impressive option.

West Ham are looking at three Burnley players in the summer transfer window, according to Ex WHU Employee.

The insider has posted a free update on his Patreon, confirming that there is interest in three players at the relegated club. 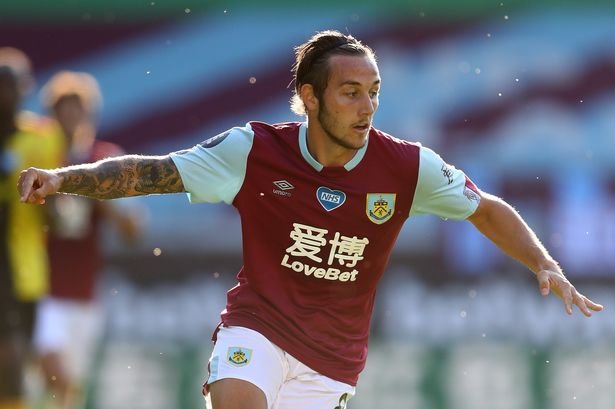 The most realistic, as per his update, is Josh Brownhill in midfield.

Burnley were relegated, of course, and he could be available for around £20m. We know that Moyes is desperate to sign midfield reinforcements after seeing Mark Noble retire and Alex Kral leave, while question marks continue to hang over Tomas Soucek.

Along with Brownhill, there is also said to be interest in Maxwel Cornet and Dwight McNeil, two players who primarily operate on the wing but who can also play as forwards.

It remains to be seen if bids will be tabled for either of the duo, but they are currently seen as back-ups to other potential targets.

Andriy Yarmolenko is poised to leave and there is a need to replace him in the squad.

West Ham have confirmed that Nathan Trott has signed a new contract at the club.

The goalkeeper is an England U20 international and he has put pen to paper on a deal that will run until 2024, with an extra two-year option for the Hammers. 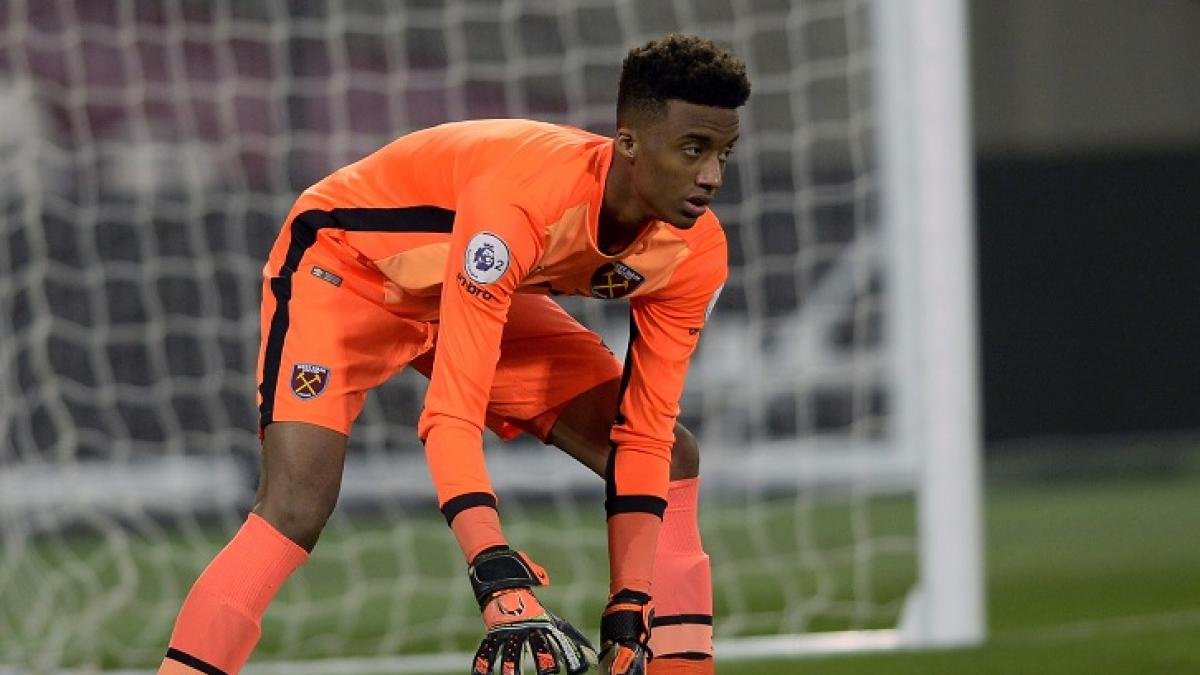 The 23-year-old spent last season on loan at French club Nancy, making 23 appearances in all competitions in the second-tier.

Trott has also previously gone on loan to Wimbledon, and he has also made his first-team debut for the Irons, playing seven minutes in the FA Cup clash with Doncaster Rovers in 2021.

He has continually played for the Hammers’ U23 side, making 60 appearances for them, and he is set to continue his development under Lukasz Fabianski, Darren Randolph and new signing Alphonse Areola.

It is possible that he could go on loan again, too, as he bids to play regular first-team football.

Speaking after signing his deal, Trott told the club’s official website: “It’s been very positive vibes since I’ve been back and, seeing how the team’s been performing over the last two or three years,  I think it’s something I’ve always wanted to be a part of and I’m really happy that the Club value me and have invested time in me to hopefully push me in the team in the future.

“I came in at 16 and I’m going on 24 next season, so it’s a big part of my life and somewhere that I call home now. It’s good for me to be a part of it and it’s like a big family for me. Being here so long just keeps me pushing to want to strive and help the team out, which is the same goal I’ve had since I signed the first day.

“I try not to think about age too much. I just think, at this time, for goalkeepers it’s a long career and 23/24 is very young for a goalkeeper. For me, I just try and not even think about the age at this point, and just try and show what I can do and my ability and see where it can take me.” 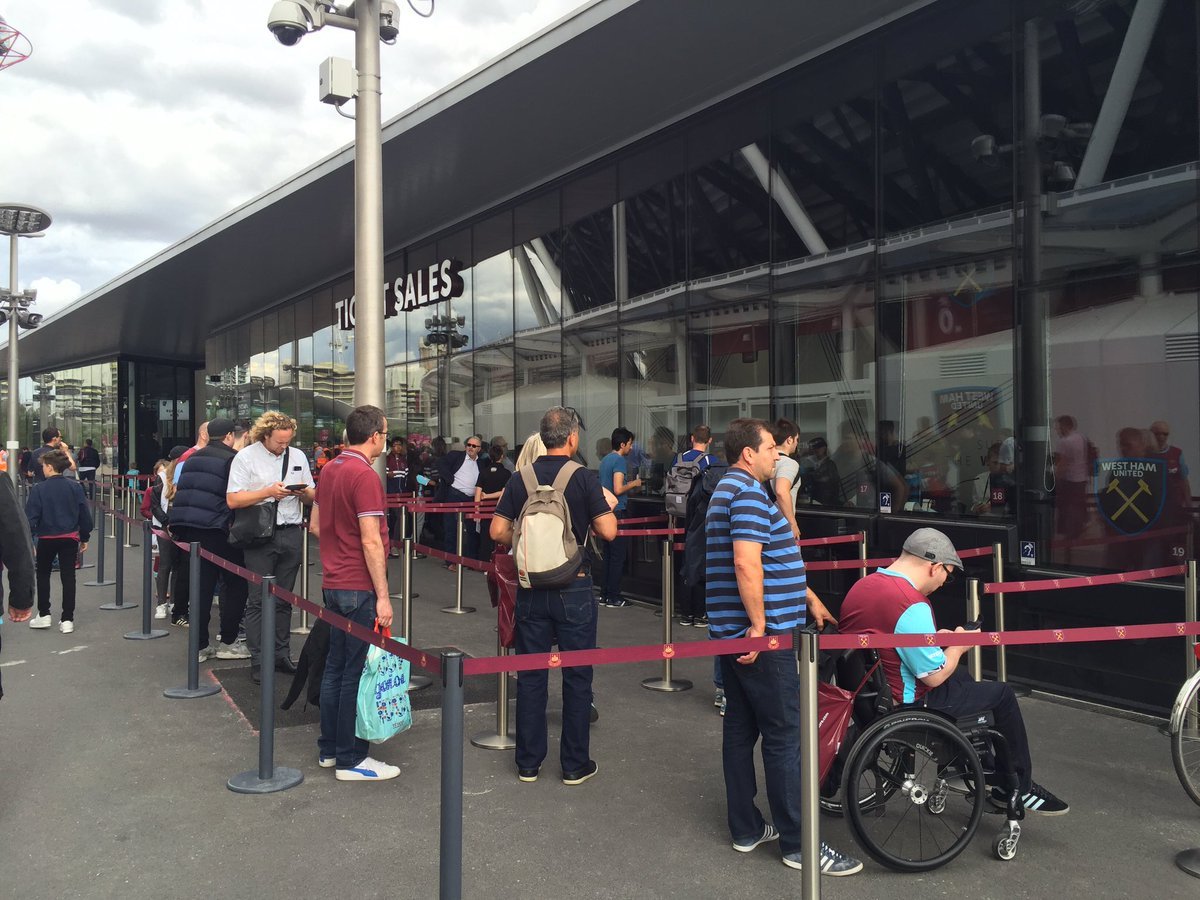 The West Ham season ticket waiting list appears to have virtually vanished with supporters saying they have been offered season tickets after recently joining the list.

The list grew to 55,000 waiting for a season ticket but many of these were historic, dating back to the stadium move in 2016.

Around two years ago, West Ham’s marketing department decided to purge supporters who had shown no interest in actually purchasing a season ticket and refreshed the list each season. Those who don’t register their preferences are removed from the list each year.

Since then the club has not revealed numbers although they appeared to quickly replace any season ticket holders that did not renew each season.

This season there are an additional 2,500 seats available in addition to around 1,500 who decided not to renew.

Supporters on the priority list received an email saying: “You have now reached the top of the priority list and 9.30 am on Friday 1st July you’ll have the chance to select your seat, Tickets will be sold on a first-come, first-served basis. You’ll be able to browse the stadium map to find the perfect seat for you”

The club has emailed former season ticket holders saying “On Thursday 30 June at 12.30pm, you will have an exclusive window giving you priority access to purchase a Season Ticket again. The process is simple. Just log in to your West Ham United ticket account on 30 June, and you will have access to buy one of the seats available in the stadium, or call us then on 0330 030 1966.”

“We’d love to welcome you back to London Stadium in 2022/23, to continue cheering the boys on as you always have.   This is massive. This is your time to come back.”

West Ham defender Issa Diop could be nearing an exit from the club this summer, according to a new report.

L’Equipe has now reported that the centre-back could be set for a switch to Lyon back in France.

We have reported that there is interest from the Ligue 1 club in a deal to bring the defender back to Ligue 1.

And the new report claims that Lyon are making an attempt to finalise the transfer in the coming days.

Talks are said to be ongoing between the Hammers and Lyon over a deal, although no fee is mentioned.

Diop is deemed an expendable member of the Hammers squad, particularly after the signing of Nayef Aguerd from Rennes, which was confirmed in the last fortnight.

If an acceptable bid is tabled, there is little to stop West Ham from accepting the offer, and potentially reinvesting.

Keep a close eye on this one over the next few weeks.

Make or break time for Hammer 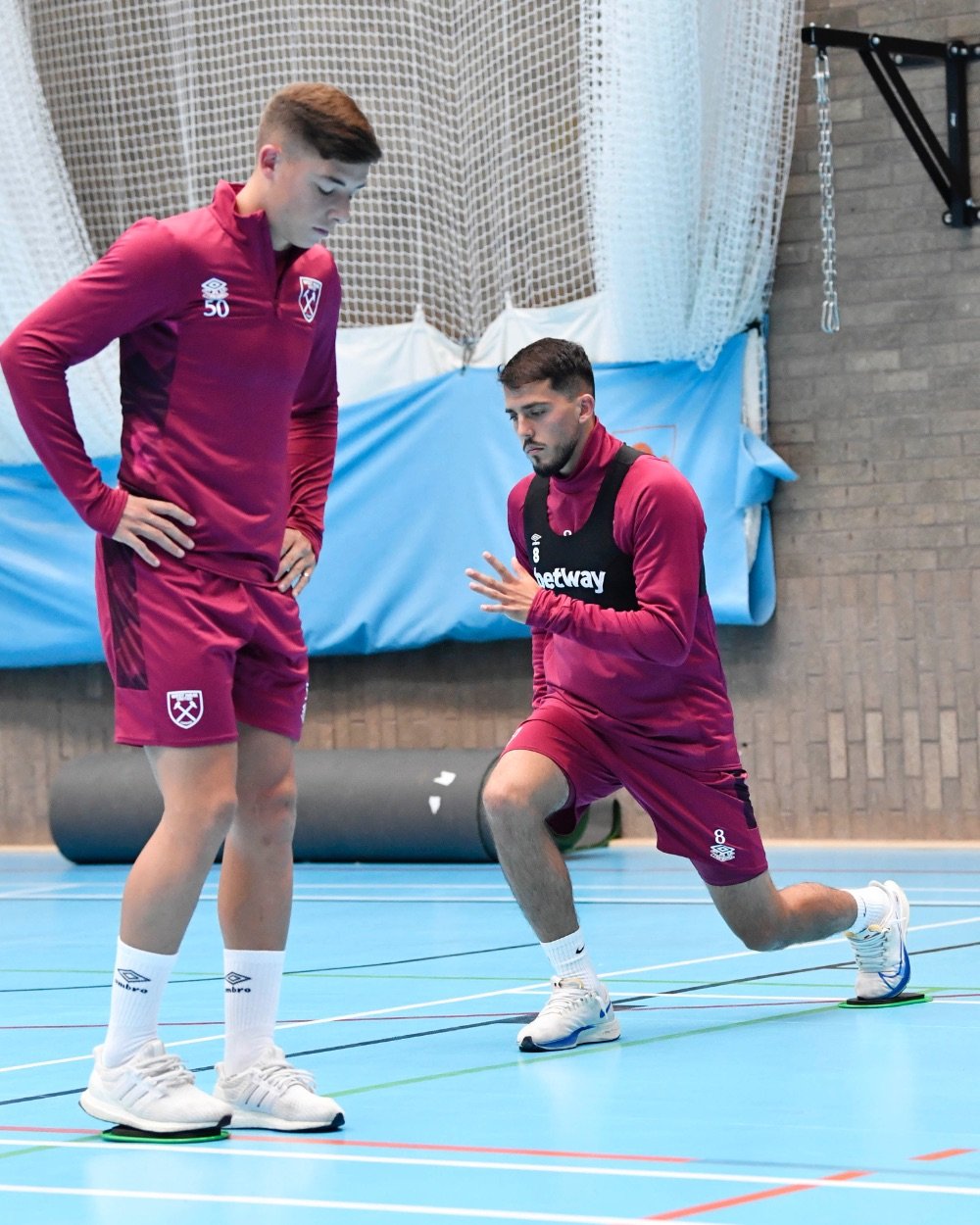 It is make or break time for Connor Coventry this coming season.

The 22-year-old Hammer needs to break through to the first team or he is likely to follow in the footsteps of Nathan Holland out of the door.

The Republic of Ireland International joined the Hammers when he was ten years of age spending twelve years in the Academy.

Last season he was loaned to MK Dons where he was loved by their fans following previous loans to Lincoln City and Peterborough.

It is perhaps promising that he was one of just two Academy players pictured at Rush Green last Sunday when non-international first-team players reported back for duty.

He was pictured in the car park in the club’s official video walking towards to training building and has been featured since in St Andrews, Scotland coverage at the summer training camp.

With Mark Noble retired and Alex Kral poised to return to his parent club, the squad is bare when he comes to defensive midfielders.

Perhaps David Moyes may consider him as cover this season instead of loaning him out again.

Another loan would almost definitely signal the beginning of the end for Coventry which would be a shame.

He is hoping to follow in the footsteps of Declan Rice and Ben Johnson in becoming a regular first-team squad player with Europe again on the horizon. Former Glasgow Rangers player Charlie Adam was spotted at the University of St Andrews training ground which is being shared by Dundee United and West Ham for a pre-season summer training camp.

The former Scotland man was welcomed to training by the Hammers and worn a Hammers jacket  and shorts as he learns the coaching trade in the company of fellow Scot David Moyes and West Ham coaches Mark Warburton, Billy McKinlay and Kevin Nolan.

Adam is said to a friend of the family and spent time living Moyes parents in Baljaffray.

Adam is looking to get into coaching after leaving boyhood heroes Dundee at the end of the season.

It’s understood, though, that Adam ISN’T joining the Hammers as a coach and he was merely keeping his coaching badges up to date as part of his continual personal development. A source close to the boss has confirmed that there is interest in doing a deal for the Morocco international, who was a target last year.

Moyes remains desperate to sign Armando Broja from Chelsea and that is the club’s top priority at this point.

However, there is an acceptance that there needs to be a shortlist beyond the Albania international and En-Nesyri has come up in conversations at the London Stadium.

When he was first linked in the 2020/21 season, he scored 24 goals in all competitions but he endured a difficult campaign last term, he scored just five times.

However, there is a feeling that the form was down to a botched recovery from injury, and that he could hit the goal trail again next season.

En-Nesyri has a contract until 2025 and he would likely cost in excess of £20m.

Broja is seen as an attainable target and there remains hope that he will sign from Chelsea.

But a bid for En-Nesyri could be on the cards if the Irons’ plans don’t pan out.

They claim that the Hammers have informed Chelsea that the defensive midfielder simply isn’t for sale this summer.

Because we told you in April!

That’s two months ago and nothing has changed since then.

Declan and the Hammers have reached an agreement over the defensive midfielder’s future, with the player committing to the club for at least one more season.

He has accepted that the Hammers do not want to sell him this summer and that there really isn’t a huge market for him in this window.

West Ham, for their part, know that Rice may be willing to move on next summer, likely to Chelsea, and they have promised that an acceptable bid – likely worth over £100m – will be accepted if it is tabled.

BBC Sport are way behind on this one; it’s nothing to worry about at all!

West Ham are poised to table a bid for Atalanta wing-back Joakim Maehle, according to reports in Italy.

Hammers boss David Moyes has already got two signings under his belt, with Nayef Aguerd and Alphonse Areola both moving to the London Stadium. 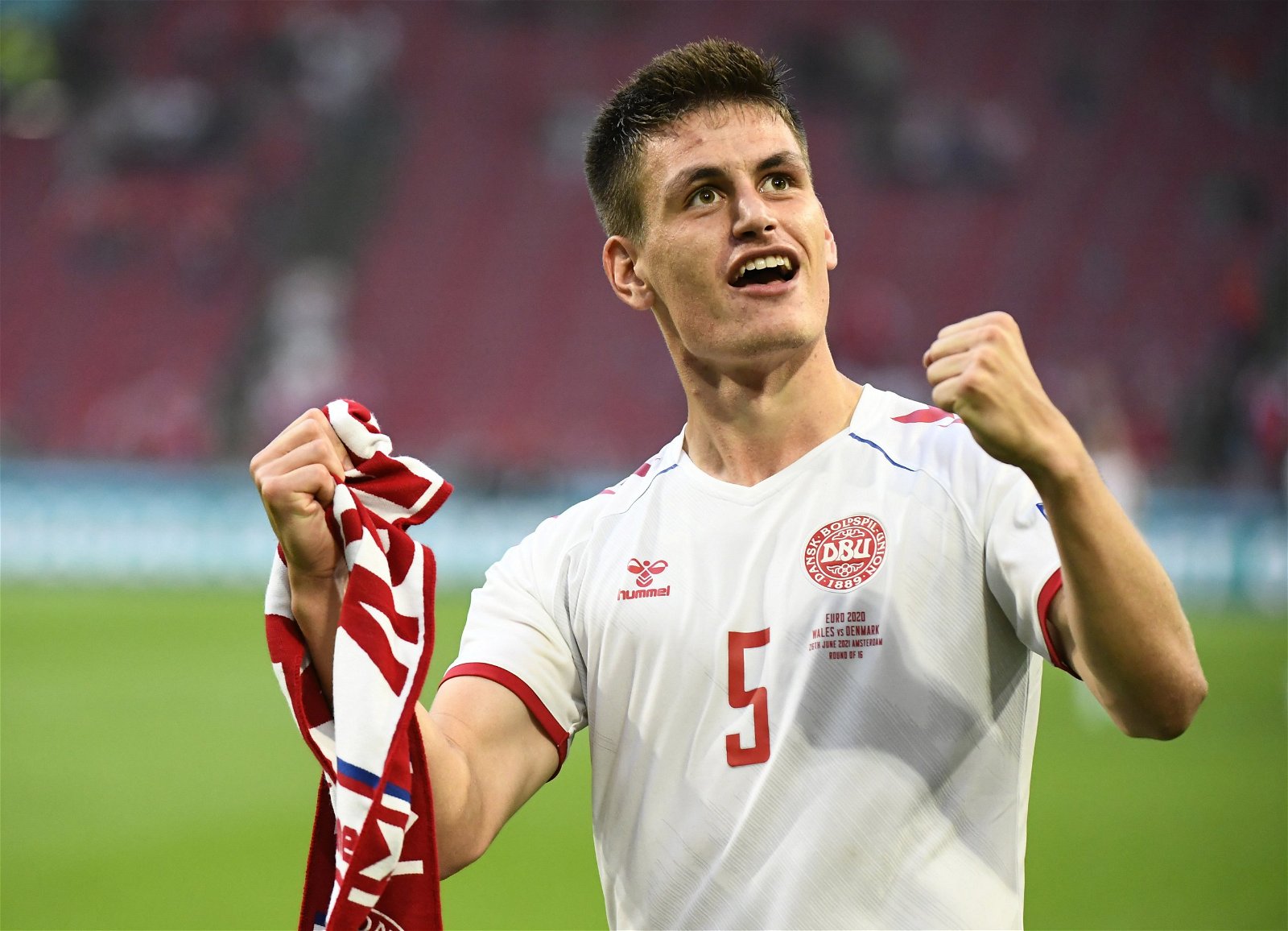 Atalanta’s local newspaper is L’Eco di Bergamo and they report that the Italian club need to offload players this summer.

The Irons are said to be keeping a very close eye on Maehle’s situation and a separate report has claimed that a bid could be tabled soon.

Tutto Atalanta reports that Moyes has identified him as a target, with Atalanta keen to receive a fee of around €18m, which is £15.5m in sterling.

They claim that the Irons could make a bid in the coming days, although it remains to be seen if that will be the case.

Moyes is keen to sign a new wing-back and Maehle would be an exceptional option; he has played 60 times for Atalanta and has won 29 caps for Denmark, scoring nine goals.