Poll: What should the Premier League do? 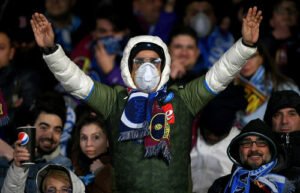 What should the Premier League do? There appears to be complete confusion on what is really going on.

A Times report suggests that all Premier League games will be played behind closed doors while other reports suggest the show will go on this weekend.

West Ham released a statement yesterday to say they planned for the West Ham v Wolves game to continue but admitted things can change rapidly.

In today’s Claret and Hugh poll we ask your opinion on what the Premier League’s next step should be?

2 comments on “Poll: What should the Premier League do?”