Roman Abramovich has put Chelsea up for sale. 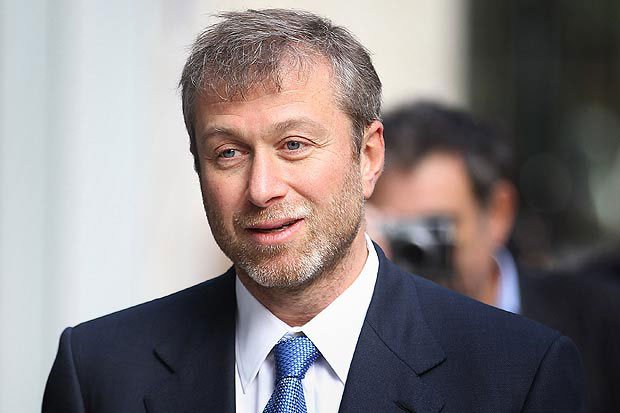 According to The Telegraph  the Chelsea owner will receive bids for the club and Swiss billionaire Hansjorg Wyss has since confirmed he is one of the parties who has been given the opportunity to make an offer.

The Telegraph claims  potential buyers have been contacted by an American-based merchant bank, which says it is charge of the sale of Chelsea.

Chelsea have not responded to the claims of Wyss or the belief that the club is now for sale.

Interested parties are thought to have been told that Abramovich wants around £4 billion for Chelsea, but sources close to the process believe that he can only expect to receive bids in the region of £2bn.

Abramovich has previously turned down offers worth £2.2bn for Chelsea, while the club’s debt to him is £1.51bn.

Telegraph Sport says knows of at least three parties interested in buying Chelsea, with Wyss claiming he is one of four potential buyers to have been contacted.

It is understood that parties have been encouraged to make their best bids by the end of this week, with Abramovich now under huge pressure to sell Chelsea.

Russia’s invasion of Ukraine has resulted in calls for Abramovich to be sanctioned, despite claims he has offered support to peace talks between the two countries.

The Chelsea boss has attempted to distance himself from Russian president Vladimir Putin, but, speaking to Swiss newspaper Blick, Wyss said: “Like all other oligarchs, he (Abramovich) is also in a panic. Abramovich is trying to sell all his villas in England. He also wants to get rid of Chelsea quickly. I and three other people received an offer on Tuesday to buy Chelsea from Abramovich.

“I have to wait four to five days now. Abramovich is currently asking far too much. You know, Chelsea owe him £2bn.

Claretandhugh says: This was always on the cards from the moment there were calls for Abramovich to be sanctioned as one of Russia’s major oligarchs. If true – as it most certainly appears to be and with Chelsea owing the Russian owner around £2.2 million – this could most certainly be the end of Chelsea as we know it and demonstrates again the danger inherent in having foreign owners from countries which may well decide on radical courses of action on the world stage. The news – regardless of the speculation – comes as something of a stunner and could well have a big effect on the club over the remaining games of the season. Once Chelsea had refused to comment on the Abro statement that he was handing over the club to its trustees it seemed to be clear that more  ‘trouble’ was on the way for Chelsea fans and for them it probably get no worse than this.

← 3,000 away tickets for Seville – here’s the details
Moyes addresses the Antonio question →
Click Here for Comments >

2 comments on “Report: Abramovich puts Chelsea up for sale!”