Posted by Sean Whetstone on January 2, 2018 in News, Whispers 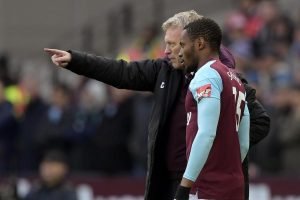 According to Ken Dyer in the London Evening Standard Diafra Sakho will be left out of the squad today to face West Brom sending out a huge message to clubs in need of firepower that the Senegalese striker is up for sale.

With a string of injuries and just six months plus an option remaining on his contract, the Hammers are said not to be willing to take a chance on the 28-year-old who wants out of the club.

Swansea has been linked with the striker but his likely destination remains France with a host clubs showing interest, however, club insider insist they have received no formal bids so far.

Last week his representative, Thierno Seydi, claimed a series of clubs have shown interest in the striker.

He said: “Diafra wants to play and to start matches, but West Ham are not offering him the opportunities. So he has declared his intention to look elsewhere. He is not short of offers.He has stated his desire to leave since the last transfer window. His club hasn’t been happy about this. Diafra will never pick a fight to achieve his aim. He will leave, but he’ll do it in the proper manner.

He knows West Ham want to make money from his transfer.He has remained professional despite the numerous offers he’s received.He wants to play for a club that puts more faith in him.”

West Ham wants £15m for the striker they bought for £3.5m from Metz with the fee later rising to £4.5m with add-ons. They are thought to accept an offer as low as £12m if there is little demand but that would still leave them £7.5m in profit for the wantaway forward.

← Moyes: The players will get away with nothing”
German club bids £10m for West Ham defender →
Click Here for Comments >