Posted by Sean Whetstone on September 22, 2016 in News, Whispers 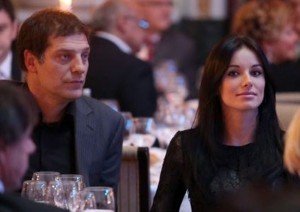 Slaven Bilic was present at the birth of a baby daughter on Tuesday night hours before the Accrington Stanley game.

He told reporters yesterday he was present at the birth and said he is content to leave the naming of his new daughter to his partner.

It is his second child with long term girlfriend, Ivana Djeldum who have another daughter called Sofi and his fourth child overall.

He has two children from a previous marriage, both a son and a daughter by his former wife of 14 years, Andrijana Bilic who lives in Split Croatia. His children are called Leo who has now turned nineteen and Alani who is twelve.

Congratulations to Slaven and Ivana on the birth of their daughter from ClaretandHugh.