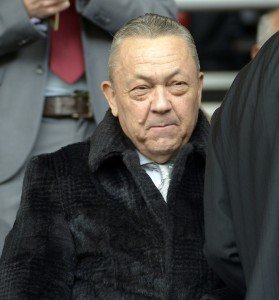 David Sullivan wants manager David Moyes to remain at West Ham  for “many, many years.”

Despite the manager making it clear on several occasions that he won’t be discussing a contract until the end of the season it’s clear that the co chairman is ready to make the appointment permanent.

In a video from the club whilst talking the West Ham TV Sullivan says: “What I like about David Moyes is that he is very hard working, he’s always at games.

“When he was Everton manager he was always at games watching players. He puts in a long shift at the training ground and I think in life generally the hard you work the more likely are results. He’s a good manager and he will prove it. And I hope he stays at West Ham for many, many years and we win things and he is very successful.”