Transfer window to open at midnight 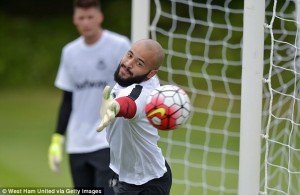 The opening of the official transfer window brings fresh speculation that a deal for Alex Song could be concluded tomorrow.

The 27-year-old Barcelona midfielder has reportedly agreed personal terms with West Ham, but Barca have been holding out for a fee, believed to be as much as £5million. West Ham are hoping to persuade Barcelona to terminate his contract to make him a free agent.

18 comments on “Transfer window to open at midnight”