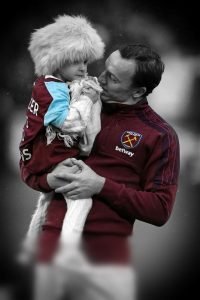 Little Isla Caton has successfully had a tumour removed from her brain according to her parents.

The three-year-old, who is suffering from Neuroblastoma and whose plight has captured the hearts of all West Ham supporters has been at the centre of a huge fund raising campaign to send her to America where it is hoped surgery will give her hope of a full recovery.

And her mother Nicola has now confirmed that surgery on the little girl to remove the tumour has been a total success.

She tweeted: “Isla is on her way up, the wonderful surgical tem have removed it all and the bone is perfect.

Isla is moving around and the surgeon is very pleased with her. We feel like we have won the lottery. We would like to thank everyone for your support and kind words.”