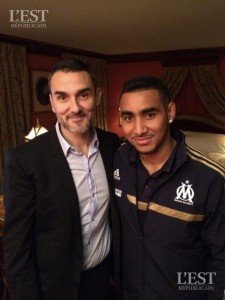 West Ham are set to hit Dimi Payet with a £250k fine as the first stage of their punishment against the hero turned bad boy.

Two weeks wages is the maximum financial punishment that can be imposed under Professional Footballers Association rules and the Hammers will definitely hit the player to the max.

Payet has been unhappy for weeks with numerous former players and site followers telling ClaretandHugh that his body language and attitude is completely wrong . Sadly the player has managed to prove them all right.

The simple truth is that the midfielder wants to move back to Marseilles -a  club he never truly wanted to leave in the first place.

The French club has offered £20 million but the Hammers are not interested in it and will have to make their mind up on whether they maximise their asset with in the January window or let the player sweat it out with the under 23s until the summer.

You can give your view at https://www.claretandhugh.info/poll-should-payet-be-sold/ in a new ClaretandHugh poll.

15 comments on “Hammers set to hit Payet to max”