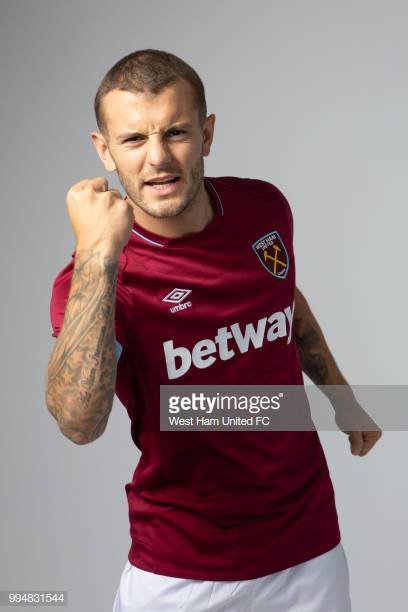 Manuel Pellegrini was always the driving force behind ensuring that Jack Wilshere was signed on a three year deal at West Ham – a decision considered by many to more than a little controversial.

The midfielder’s injury record and recent form suggested this was a big risk but the manager remains convinced of the player who stands by to make his first full appearance against Cardiff City at the London Stadium this evening.

And the boss is in no mood to change his mind about the former Gunner and England player, today hailing him as a £100 million player.

Despite the performances of such as Robert Snodgrass, Declan Rice, Mark Noble and the arrival of Grady Diangana, it seems that Wilshere is Pellegrini’s first option when looking at a midfield situation when no injuries exist.

And he has now paid him the ultimate compliment declaring that he is a player in the £100 million bracket – a statement which will bring gasps from many based on what we have seen of him here and at Bournemouth over the last couple of seasons.

From a man who is usually so cool and circumspect in his appraisal of most situations this seems a pretty extraordinary outburst.

I’m not entirely inclined to agree but I’ve also learned not to be too questioning where Pellegrini is concerned.

So far the club is progressing nicely  – hard though it is on occasions – so best probably to stay schtuum for now and hope Wilshere can live up to the hype.

At the very least it’s one heck of a confidence booster for a guy who needs as much of that as he can get at this stage of his career.

Pellegrini is reported in the Daily Mail as saying:: ‘Players of the quality of Wilshere at this moment can cost £100million, £90million, £70million,’ he said.

‘Good creative midfielders are very expensive. We took the risk and it has not been a good few months for him but we have the second part of the season and I hope he will play most of the games.

‘In football, the most important thing is the quality. That you cannot buy – you either have it or you don’t.

‘After that, there are a lot of different things that you must add, like not having so many injuries. But it is never hard for good players to get into the team.’

Snodgrass has established himself as a regular pick despite arriving for pre-season training needing to lose weight.

‘His reaction was so important to me – he didn’t try to defend himself,’ said Pellegrini. ‘He said ‘yes, I know, I must do it’ and worked from that day 100%.’